As a student entering her junior year of college, I am no stranger to stress, nor stress eating. On nights when I need to study or buckle down and write a paper, I often try to use food as a reward and an incentive. More often than not, I end up eating my entire snack without making a dent in my school work. I get distracted and my mind wanders so far off topic that I usually end up in tears. I get so frustrated that I start questioning everything about my life.

After many failed attempts of trying to subdue these overreactions, I decided to harness them instead. Baking started as my hobby, when I was 10 years old, but it has become my therapy.

I used to bake because I developed a knack for it, but as I’ve gotten older I gravitate to the kitchen when I have energy to release. There is nothing like using a mallet to crush Oreos for Oreo truffles when you’ve had a rough day.

According to a December 2014 Wall Street Journal article, “A Road to Mental Health Through the Kitchen,” therapists believe that cooking and baking can help combat depression and other mental illnesses. Newport Academy, a teen treatment center in Bethlehem, Connecticut, teaches its students how the kitchen can promote a healthy mind and a healthy body. In the article, the center’s Head Chef Patricia D’Alessio attributes the success of the classes to the students harnessing their emotions.

“It redirects their thought process to focus them on the process of cooking,” D’Alessio said.

I am known, and I’m proud to be known, as someone who radiates positivity. The downside of this is that when I feel down, the negativity consumes me. I have only found two things that absorb and remove this from me – acting and baking. I am not one to randomly put on one-woman shows, so baking is usually my go-to. I am not the only one who has observed this energy release, and America is not the only country.

The Huffington Post reports that bakeries have been instituted all over the U.K. to help tackle mental illness the same way Newport Academy is. Some bakeries provide classes for adults suffering from depression and anxiety, while others have pop-up bake sales to raise money for mental illness charities.

My favorite part about my food therapy is watching and feeling something so positive come from something negative. The transfer of energy that I feel both physically and emotionally when I bake is unparalleled. The negative energy leaves my hands and becomes the fuel for my culinary creations.

The healing power of baking goes beyond personal journeys. In a Psychology Today interview with Sara Barthol, former counselor at the Sexual Recovery Institute in Los Angeles, details how baking a pie can assist in combating addictions, working through issues both as individuals and as a team.

“The group sits around and we eat some of the pies and talk about different things that came up,” Barthol said. “A lot of the making of a pie is messy and imperfect, and that’s why we like the pie rather than other food options, because people have to deal with things not being orderly and perfect. That can be really hard for people.”

In the interview, Barthol reflected on a pie class she attended at Gourmandise School, located in Santa Monica, California, and how it acted as a group therapy session you might find at an AA meeting.

“A lot of it is about letting go and being comfortable with being uncomfortable,” Barthol said.

While I haven’t started a charity, a pop-up bakery or classes, sharing my baked goods with my friends is one way I can pass on my positivity. Even if you don’t considered yourself culinarily-inclined, I challenge you to try baking the next time you are stressed, upset or frustrated.

Despite what you might have heard, you can bake your stress and eat it too. 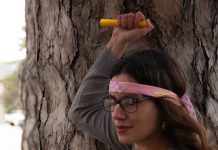 Professors give personal accounts of stress during finals week 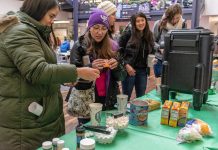 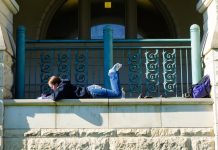 OPINION: The do’s and don’ts of dorm-cooking