Former Kansas Senator Bob Dole turns 92 today. Dole represented the state in the U.S. Senate from 1969 to 1996. He ran for U.S. President in 1996 against incumbent Bill Clinton. In a press release, Sen. Dole said his birthday wish is to see the completed Eisenhower Memorial in Washington, D.C. Kansas lawmakers created a video to wish him a happy birthday. 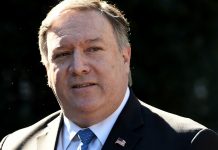