Movement on minimum wage is happening both close to home and nationally, as a current focus of both state-level government and presidential-hopefuls. Last week, the City Council of Kansas City voted 12-1 to raise minimum wage. It still has a chance of being derailed by lawmakers, but for now:

KC City Council passes minimum wage ordinance 12-1, will increase to $13 per hour by 2020 https://t.co/nEMw6qcnWl via @41actionnews

There was, predictably, a mixed reaction. Is it going to bring workers to a livable wage, or lose too many their jobs entirely?

KC’s new #minimumwage will put $$$ back into the communities where it is needed most. pic.twitter.com/9x65qy454q @MoJWJ

KC voted to raise minimum wage to $13/hr by the year 2020. If your first thought after reading this was positive, please slap yourself.

Minimum wage workers are going to be making $13/hr in KC by 2020. Way too high for jobs that require very little to no education. Ridiculous

New York State is the latest to embrace a growing push for a $15-an-hour minimum wage http://t.co/TIHozgQ6LQ

If the min wage had kept up with productivity & inflation since 1968, it would be more than $26/hr today. #fightfor15 pic.twitter.com/LHDWTtMoVt

Politicians made sure their positions were known as well.

Every @HouseGOP member that votes against raising the wage needs to read this. #Fightfor15 https://t.co/BZOXn0I1eB

Yesterday I joined workers on strike to push for a $15 minimum wage. #fightfor15 Sign on here: http://t.co/FTurXfxSz5 pic.twitter.com/7fmgQRBeXT

A higher minimum wage could soon be coming to a theatre, or a local burger joint, near you. 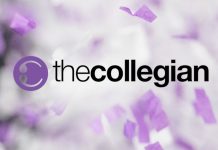 VIDEO: Here’s what you need to know going into today’s game

OPINION: The long unnescessary march towards raising the minimum wage

Raising the minimum wage takes jobs from workers in need