Even though he hasn’t stepped onto a football field in a K-State uniform since January, the accolades for former K-State wide receiver Tyler Lockett keep coming.

On Monday, the Big 12 conference announced that the rookie Seattle Seahawk was named Big 12 Male Athlete of the Year for the 2014-15 academic year.

Each Big 12 member school nominates a male and female for the award based on their athletic achievements, academic standing and citizenship. The athletes are then voted on by a media panel and an online fan vote to decide the final awards.

Lockett is the second K-State player to get honor in the past three years, with former quarterback Collin Klein taking the award in 2012-13.

Lockett is also the first Wildcat in school history to be named an All-American during all four years of his college career.

During his tenure at K-State, Lockett broke 17 school records including career receiving yards, receptions and touchdowns, all three of which were owned by his father Kevin.

Earlier this year, Lockett was named Big 12 Scholar-Athlete of the Year for football and ended up on the Academic All-Big 12 list.

Lockett was also finalist for both the Senior CLASS award and the William V. Campbell Trophy, commonly referred to as the “Academic Heisman.” The National Football Foundation also named Lockett a Scholar-Athlete.

K-State track and field’s Akela Jones was also nominated for Big 12 Female Athlete of the Year, but lost out to the Oklahoma softball team’s Lauren Chamberlain. 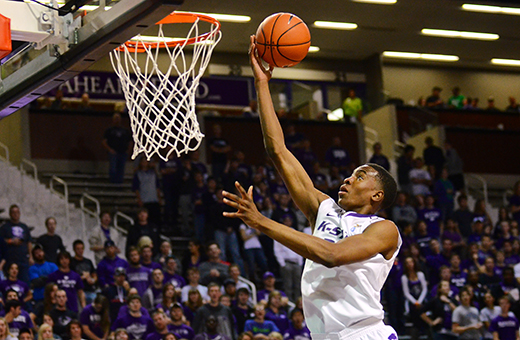