Riley County Police arrested a Manhattan man Tuesday related to sex crimes with a child, according to a police report.

Gregory Hoyt, 27, was arrested in the afternoon for rape and aggravated indecent liberties with a child. Hoyt was given a bond of $200,000. No other information has been released due to the nature of the crime, according to RCPD.

Girhing pleads “not guilty” to charges of rape, sodomy of students 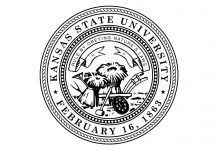