Authorities arrested nine people connected to a local methamphetamine distribution on Thursday, according to the Riley County Police.

In addition to the arrests, police seized more than seven pounds of meth, multiple AR-15 style rifles, cash and a pipe bomb.

An investigation into meth distribution led to several search warrants carried out in Riley County, as well as Clay County and Wichita.

Riley County Police, along with the Clay Center Police and Clay County Sheriff’s Office executed a search warrant in Clay Center that turned up a pipe bomb.

Riley County Police also worked with the Drug Enforcement Administration to serve a search warrant in Wichita. Police arrested Anthony Moore, of Wichita for federal drug related offenses and was given no bond.

As the investigation is ongoing, Riley County Police stated that no further information would be available at this time. 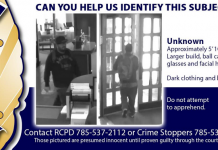 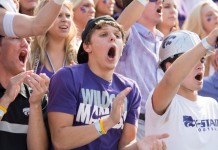