Curt Schilling, a former professional baseball player, recently tweeted out a picture that insinuated that extremist Muslims were similar to Nazis. Here is a picture of the original tweet, as the original has been deleted from Schillings account:

Although he deleted the tweet shortly after posting it, nothing on the Internet is safe and it quickly made him a trending topic on Twitter.

Congrats Curt Schilling, you won "D-Bag of the Month"… #StickToTalkingBaseballNOTPassingJudgementsORTalkingHistory

Aside from those who are morally against the discrimination of the tweet, however, many are questioning the numbers on the meme Schilling posted and are using it to take logical and comical standpoints against the tweet. People are also using this tweet and its potentially incorrect numbers to bash Schillings intelligence.

Did Curt Schilling @gehrig38 delete this tweet b/c the numbers were off or b/c it was a horrible thing to tweet? pic.twitter.com/rK86wyZPmm

Schilling did, however, tweet out an apology less than an hour ago, after deleting the discriminatory tweet.

I understand and accept my suspension. 100% my fault. Bad choices have bad consequences and this was a bad decision in every way on my part.

Despite this, Schilling is still a trending topic on Twitter getting feedback of all types from around the Twitter community. 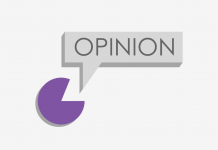 OPINION: The “alt-right” movement is built on lies, misinformation