Home Featured Home OPINION: It’s the most wonderful time of the year

I’m throwing in the red flag, and I’m ready to challenge you to something as the dawn of the new school year hits us. No, it’s not to bypass the “freshman 15” or make new friends.

It is this: this time of the year is a dream come true for sports fans, so take advantage of it.

The dog days of August are in full swing for Major League Baseball, and before we know it, sweater weather will slowly be making its way to a ballpark near you.

The Kansas City Royals, barring a total September collapse, seem to be well on their way to capturing the American League Central Division and defending their American League crown, hopefully with home-field advantage on their side.

The National Football League kicks off on Sept. 10 as the reigning Super Bowl champions, the New England Patriots, look to be without four-time Super Bowl champion quarterback Tom Brady for the first stretch of the season as they host the Pittsburgh Steelers in Foxborough, Massachusetts.

The Kansas City Chiefs open up their season at NRG Stadium, home of the the Houston Texans, on Sept. 13. This begins a stretch of five months of football before Super Bowl 50 comes to Levi Stadium in Santa Clara California.

And for all the Wildcats out there, fall sports are just around the corner.

The K-State volleyball team opens their season on Friday night in Florida when they take on Florida A&M University.

Cross Country will travel east to Lawrence to run at Rim Rock Farm on Sept. 1.

I think every student should at least make it to one sporting event every month while here in the Little Apple. All sporting events are free admission to students, except for football and men’s basketball games.

So whether you are just beginning your college journey or you are well on your way to getting that degree, go out and cheer on the student-athletes. You might be surprised by how much time and work they put into their sport. Even if you aren’t an expert, just go out and enjoy spending time with other die-hard K-State fans.

The best time of the year is here, and whether you consider yourself a sports fan or not, turn on the TV and watch a football or baseball game, or catch something here in Manhattan. Let yourself get swept into the fever that makes this part of the year special.

Avery Osen is a junior in mass communications. 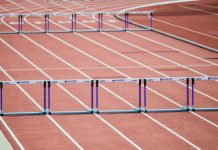