Last season, an upset against Big 12 tennis regular season champion Baylor University stood between a return visit to the Big 12 tournament semifinals but the Bears were too much for K-State.

“It’s good for us to face the best in the conference because it shows me and the team where we need to be and what we need to work on to be able to challenge to be the best in the league and in the country,” K-State head coach Danielle Steinberg said to K-State Sports in April. “We have a long way to go but I think we made a big step forward this week and hopefully we can build on it going into the offseason and into next year.”

Stretton comes to K-State from Edinburgh, Scotland, where she is ranked as the No. 2 player.

“We are very excited to add Millie to our family; not only is she an established player, she is very hungry and motivated to work hard and get better,” Steinberg said to K-State Sports.

Garcia Navas joins the Wildcats from Valencia, Spain where she was ranked as high as No. 38 and won the Valencia Regional U18 tournament in 2013 and finished second in 2014.

The Wildcats begin the fall portion of their season at the Oklahoma Fall Invite on Sept. 24. 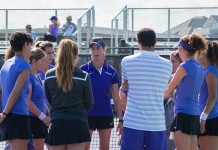 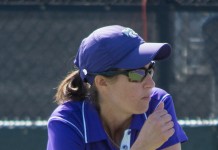 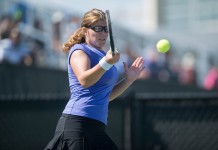 K-State losing streak to six after pair of weekend defeats