Vick will behind starting quarterback Ben Rothlisberger for the 2015 season opener. After being released from prison for animal abuse in 2009, Vick made a comeback with the Philadelphia Eagles from 2009-2013. He then signed with the New York Jets in 2014 before signing with the Steelers on Wednesday.

Ironically, he signed with Pittsburgh on National Dog Day. Fans across the country still gave 4-time pro-bowler a hard time for the crime that got him sent to prison almost 10 years earlier.

Even though this burden will never die, Vick will attempt to make one final comeback to show that he is a quality quarterback and nothing more. 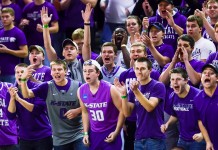 OPINION: It’s the most wonderful time of the year

OPINION: It’s the most wonderful time of the year