The video board in left field was anything but high definition, and the lights in crown scoreboard gave off yellowed hues. One Saturday afternoon in August, 12-year-old me sat up on the upper deck along the first baseline with my nose in a program book. I was reading about a shortstop named Mike Moustakas, who the Royals had drafted in the June Amateur Draft. The Royals were losing to the Minnesota Twins. Kansas City would finish last in the AL Central Division that year.

When I’d later tell my friends about the game I’d attended, I told them how I thought three players were going to finally turn things around for Kansas City. They were David DeJesus, Moustakas from the program book, and the third basemen, Alex Gordon.

My sixth grade logic seemed random and foolish at the time. I was just a kid throwing out player names in a desperate attempt to defend my fandom of one of the worst teams in baseball. After last season’s World Series run, sixth grade me doesn’t look so foolish after all.

Alex Gordon made his major league debut in 2007, and much has changed since that summer. Gordo-Nation fans fill the Outfield Box in left field where Gordon puts on a defensive show. Offensively, Gordon is solid. His career batting average is .269. After nine seasons with the Royals, Gordon has become the face of the franchise.

For the 2015 season before straining his left groin in early July, Gordon hit .279 with 11 home runs.

It’s understandable how much of a gut punch Gordon’s injury was for Royals fans.

After two months, Gordon will finally return to Kansas City after a rehabilitation assignment with Class AAA Omaha next week, according to an Aug. 23, 2015 issue of the Kansas City Star. The Royals are having one of the best seasons in franchise history and currently hold a 13 game lead in the AL Central. The return of Gordon certainly foreshadows more good fortune for the Royals, who have won 80 games this year.

While Gordon’s return is reason for celebration, his future with the only franchise he’s ever known remains in question. Gordon can enter free agency this winter. While Gordon isn’t giving any indication of his plans for his future, it’s not difficult to imagine what kind of price tag the four-time Gold Glove winner and solid offensive player can rack up. A nine digit salary for seven years, as was done for the Texas Rangers player Shin-Soo Choo, is difficult for a small market team like the Royals to offer.

The key to keeping Gordo Nation headquartered at Kaufman Stadium will be through Gordon’s connection with the Kansas City and Nebraska area.

Gordon grew up in Lincoln, Nebraska, attended Lincoln Southeast High School and was an All-American at the University of Nebraska.

He was the classic hometown hero that led the Cornhuskers to the College World Series in 2005. During his rehabilitation in Omaha, fans flocked to Werner Park to watch their native son play.

The Royals will do everything they can to keep their star in Kansas City. George Brett, still a familiar name to fans, retired in 1993 but spent his entire career with the Royals. Brett was a big part of the Royals franchise, as Gordon is today. Hopefully, when Gordon returns to Kaufman Stadium’s left field this next week, many more will follow. 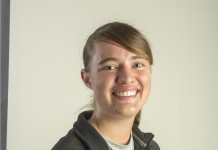