Home Community Opinion OPINION: Checking out to ‘check In’

From flip phones to smartphones, almost everyone has a cellphone. They’re a great way to stay in contact with friends and family, but they’re also starting to take us away from the people we’re actually with.

A report conducted by the Pew Research Center said 92 percent of U.S. adults own a cellphone, and of that 92 percent, 45 percent rarely have their cellphones turned off, if ever.

I can’t count how many times I’ve gone out for coffee or dinner and seen two people sitting together completely ignoring each other. And the sad thing is I’ve been one of those people. Haven’t we all? Why do we care so much about what other people are doing that we forget to care about what we’re doing and who we’re with?

Lee Rainie and Kathryn Zickuhr, authors of the Aug. 26 Pew Research Center article “Americans’ Views on Mobile Etiquette” said the “always-on reality has disrupted long-standing social norms about when it is appropriate for people to shift their attention away from their physical conversations and interactions with others.”

According to GSMA Intelligence, as of this August there are more than 7.5 billion mobile connections in the world. That means there are more cellphones being used than there are people. With so many devices, or distractions, there’s a need for a cellphone etiquette.

Cellphone etiquette is a simple idea but, like anything else, different people have different ideas of what is acceptable and unacceptable.

According to the Pew Research Center, more than 75 percent of adults think it’s generally OK to use a cellphone while walking down the street, but less than 15 percent think it’s acceptable during a family dinner, a meeting, at a movie, or while in religious services.

Over 80 percent of adults also say that using cellphones in a group setting is rude, but nearly 90 percent say that they actually have used their phone for one reason or another while they’re with other people anyway.

So why do we do it? In my opinion, it’s simply because it’s there. Cellphones have solved the awkward moment problem. Nothing left to say? Take a selfie. Waiting on food? Tweet about how much fun you’re having with “bae” even though you’re paying more attention to posting than to what they’re actually saying.

“Conversations and text exchanges have a tendency to distract people from what’s happening in front of them,” the Daily News article said. “Cellphone users should be thoughtful, courteous and respect the people around them.”

Two good rules are to not talk too loudly when you’re on your cellphone and don’t put it on speaker phone when there are other people around. No one wants to hear your whole conversation, let alone your shocking personal problems.

Another good rule of thumb is to stay off your phone when you’re spending time with someone. Whether it’s coffee, dinner, or just hanging out, that person agreed to be with you, not to sit next to you while you talk to someone else or scroll through Twitter.

“Respect those who are with you,” said the Daily News article. “When you’re engaged face-to-face with others, either in a meeting or a conversation, give them your complete and undivided attention. Avoid texting or taking calls. If a call is important, apologize and ask permission before accepting it.”

Let’s just all put our phones down for a few minutes, take a step back and think about those around us. The better we get at “checking in” on Facebook, Twitter and Instagram, the worse we get at checking out of the moment. 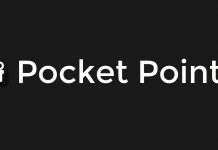 OPINION: Early to bed, early to rise makes you wise?

Being president of greek house no easy task, must relish challenge