Home Community Opinion OPINION: Stand there in your wrongness, and be wrong

As an opinion writer, I have to do certain things. The obvious one being not only that I have to take a stand on issues, but I also must take a strong enough stand that I can feel comfortable writing a diatribe trying to convince you to join me in where I stand. You might think I’m dead wrong about something, but that’s a good thing, because it means you’ve put energy and thought into it.

But, for a few months now, I’ve struggled with something pretty important in having to declare your opinions: moral relativism. And moral relativism, according to the Internet Encyclopedia of Philosophy is “the view that moral judgments are true or false only relative to some particular standpoint (for instance, that of a culture or a historical period) and that no standpoint is uniquely privileged over all others.”

As a (hopefully) soon-to-be anthropology graduate, this idea has certain draws for me. We spend a lot of time in anthropology trying to “see” our own biases, especially cultural ones. The thinking is that different cultures value ideas and concepts differently: while one culture might value individualism above all else, another might value conformity just as much instead. One might value independence, while another place more value on community. One can believe in personal freedoms, while another might believe in obedience.

You get the picture – different people value different things differently. Makes sense even when I explain it badly, doesn’t it? Looking for biases in our thinking is usually a good thing. It leads to better understanding of ourselves and others and can thus bring about societal progress. But it can also lead to ideas like moral relativism, which I have, after much thought, agony and bothering the people around me for help, decided is an untenable and dangerous position to hold.

See, it sounds like a sensitive, higher-level thought, to be so considerate of personal biases that morality must surely be relative – but that’s what makes it so dangerous.

Let me be clear – I very strongly believe in the credence we should give to the awareness of cultural and historical biases, but moral relativism is a classic case of over correcting.

Justin McBrayer, an associate professor of philosophy at Fort Lewis College wrote an Op-Ed piece in the New York Times, published March 2, titled “Why Our Children Don’t Think There Are Moral Facts.” In it, he touches on the main problem with moral relativism: “adults must exercise their moral knowledge and reasoning to conduct themselves in the society, (because) the stakes are greater. (In the world), consistency demands that we acknowledge the existence of moral facts.”

McBrayer then explains that demand by questioning, “if it’s not true that it’s wrong to murder a cartoonist with whom one disagrees, then how can we be outraged? If there are no truths about what is good or valuable or right, how can we prosecute people for crimes against humanity? If it’s not true that all humans are created equal, then why vote for any political system that doesn’t benefit you over others?”

I’m not sure yet, but I may have stumbled into a position on morality that doesn’t quite make a migraine come on for me, which is that “morality is societal equilibrium.” In other words, morality is a human construct after societal balance that seeks to replicate our role model in the world: the equilibrium of nature. To me, that means that through the way our species has constructed morality its core values are balance and happiness.

If you don’t understand what I mean, don’t worry; neither do I. And if you do, but can see big problems with the idea, please don’t stress out; it’s just a fledgling thought, I’m still working on it. Other people might have had the same or similar one, or I might be alone in my craziness. I haven’t looked into it enough yet.

But, even with this stance still under development (as we all should be), this is why I feel comfortable asserting that someone can be wrong, which if you believe morality is relative, is hard to otherwise justify.

Jef Rouner wrote an article for the Houston Press on July 23, titled “No, It’s Not Your Opinion. You’re Just Wrong,” where he passionately took the shield of opinion to task. Rouner said, “You can be wrong or ignorant. It will happen. Reality does not care about your feelings. Education does not exist to persecute you. The misinformed are not an ethnic minority being oppressed.”

So you might side with The Dude from The Big Lebowski, who famously expressed that “that’s just, like, your opinion, man,” or you might with John Oliver, who on a recent Last Week Tonight show, referencing a Gallup poll that showed one in four Americans believe climate change isn’t real, and had this to say: “Who gives a shit? You don’t need people’s opinion on a fact. You might as well have a poll asking: ‘Which number is bigger, 15 or 5?’ or ‘Do owls exist?’ or ‘Are there hats?’”

But whoever you think is right, at least we can all agree that we’re all almost certainly wrong.

OPINION: The life-altering effects of the Oxford Comma 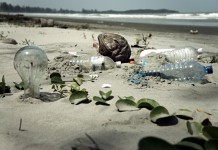 OPINION: The Extinction of Humanity

OPINION: Can debate be saved?