These are sentences that I have actually had to utter at various points in my life:

“Well, I had grabbed the half-empty bottle of whiskey I had . . . and I just remember the moment when I realized it was empty.”

“I did all 21 shots, but I absolutely should not have.”

“If the Catholic Church is short up on official miracles for this week, send them a letter about how I didn’t fall down that whole night.”

Now, thankfully, all of those nights ended with me being able to say some variation of “yeah, pretty much everything (except those poor, poor ceramic figurines) ended up fine.” But not everyone’s drinking stories end up that way.

Most of us here at K-State probably know some of the stories where everything didn’t end up just fine. Binge drinking is now an accepted part of the understanding of the stereotypical college experience. But why has this understanding, bringing with it some terrible consequences, become part of the culture?

One of the reasons is the legal drinking age.

How we treat alcohol with our high school age teens also forms and molds the way alcohol is treated in college, which desperately needs some thoughtful reforms. Any culture that includes and accepts things like “Shark Night” is in obvious need of repair and redress.

So where does the need to lower the legal drinking age come in?

Mary Kate Cary in her May 7, 2014 U.S. News article, “Time to Lower the Drinking Age,” points out that “The U.S. is one of only seven nations in the entire world with a drinking age of 21. Most Western democracies allow their citizens to fight in wars, vote in elections and drink alcohol at age 18.” And our high drinking age hasn’t helped.

For one thing, those under that age are drinking anyway. According to the Center for Disease Control’s Underage Drinking Fact Sheet, a 2013 Youth Risk Behavior Survey revealed that 35 percent of high school students drank some amount of alcohol during the past 30 days. It revealed that 21 percent binge drank, 10 percent drove after drinking alcohol and 22 percent rode with a driver who had been drinking alcohol.

And when you get to college, the legal drinking age means even less. William Cohen in his March 20, 2014 CNN article “Get real, lower drinking age to 19,” asserts that “The drinking age of 21 is a national joke. Every college campus in the country is filled with students who violate the drinking law every week, if not every day, while university administrators turn a mostly blind eye.”

Underage and irresponsible drinking isn’t an availability and accessibility problem. It’s bigger than that – it’s a systemic and engrained cultural one. How we’re teaching youth to view drinking alcohol (its image now is a rite of passage forbidden fruit) is far more impactful than letting them legally drink a few years earlier.

There is a similar argument to be found in debate on sex education. Would you rather take on the responsibility for teaching your children a healthy respect for the joys and dangers of alcohol consumption when they’re clearly doing it either way? Or would you rather try to simply forbid it?

If we let our youth experience how alcohol affects them earlier and under more parental supervision, then there would be less of an impetus to experiment later on. Finding your reasonable limit before college with this help, instead of on your own in a college environment, is a good example.

This would improve the culture of youth drinking and the culture of the college experience. Sexual assault is an enormous problem embedded in this culture that would surely be positively impacted. Drunk driving would be another. Education and understanding is the key here, people, as it always is.

Cohen, in his article, passionately concludes that “Continuing to pretend that underage binge drinking on college campuses and the horrific behavior that derives from it doesn’t exist is not a responsible and mature response to an obvious systemic problem. We can’t continue to anesthetize ourselves. One possible solution is to lower the drinking age to 19 and to enact a zero tolerance policy for drinking and driving. There are undoubtedly others. Let’s solve this.” 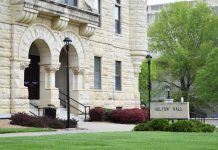 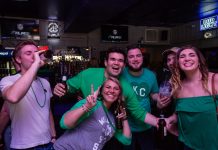 OPINION: ‘Party culture’ is harmful, universities must do more to help

Sex, booze, KSU: The party and hookup scene in the Little...