What is the norm? What is socially acceptable? Why are people judged more on how they identify or whom they identify with compared to them just being a person?

Why is it that just within the past decade it seems as though it is less socially acceptable to claim to be a gun owner?

So much of our culture is based on social acceptance. People are constantly judged on things like what they are wearing, the technology they are using and how they spend their time or money.

More importantly, we are broadly grouped together based on our social status, political affiliation and ethnicity, just to name a few.

“Social norms are the accepted standards of behavior of social groups…rang(ing) from friendship and work groups to nation states,” according to the website SimplyPsychology.

As children, most of us are taught to be ourselves. Not conforming is becoming more popular. In the 21st century, the idea of respecting another’s ideals and beliefs is a prominent marker for societal growth.

This is clearly depicted in the recent legalization of same-sex marriage this past June.

I am not saying that same-sex marriage and the rights of gun owners frequent the same realm. Take, for example, the opposing political parties who mainly support the issues. Although these two issues are not put together often, there is a correlation involving the levels or respect granted to those who associate with each.

Living each way is a constitutional right. Both deserving of the respect that our idea of freedom grants. But in my lifetime, it seems as if the levels for respect for each issue have completely flipped. As it has become more acceptable to identify as homosexual, it has become less acceptable to value our second amendment rights, support gun ownership or be a gun owner.

Currently 1 in 3 Americans over the age of 18 have reported owning a gun, according to a study published in Injury Prevention. On the other hand, only about 2 percent of all adults in the U.S. identify as gay or lesbian, according to the Center for Disease Control’s National Health Statistics Report published July 15, 2014.

Why would we treat it as more socially acceptable, looking at these statistics, to identify as homosexual than to identify as a gun owner? The real answer is that both deserve respect.

Why would we act like respect for others is a finite resource? That either this group or that group are worthy of our understanding and empathy, but not both?

I just question the integrity of our society. We tell people to be themselves, be individuals and that they don’t have to conform to the social norm and yet we criticize each other for holding their personal beliefs above the social norm.

Honestly, that makes no sense to me. This isn’t about whether your identity comes out of how you were born, or just what your interests are, so what is the difference between being a gun owner and being a homosexual? They are both identities, both recognized by the constitution. They should be held equally. 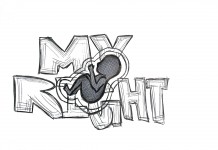 OPINION: Abortion: a word that kills 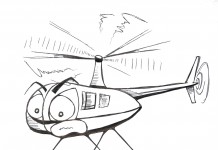 OPINION: The sad truth of the helicopter parent 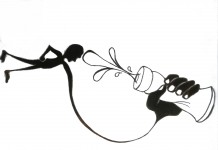