Despite the high afternoon temperature, a large crowd gathered to hear student leaders and faculty speak about the significance of the renovations.

“One of our themes (for K-State 2025) is facilities,” President Kirk Schulz said in reference to K-State 2025, the university’s plan for development and modernization by 2025. “We need to make sure that our students and faculty have the best facilities in the country.”

Pat Bosco, vice president for student life and dean of students, also spoke about transforming the union into a campus “living room.”

“It’s not by accident that our union is called the Student Union,” Bosco said. “This building signifies our commitment to inclusiveness, responsiveness and to a family atmosphere – it really is a couch for our university family.”

Bill Smriga, executive director for the K-State Student Union, said the goal is to make the building a community center on campus.

“The building is a nice building, but it’s transactional in nature,” Smriga said. “Students come here to do things and then they leave. We want to create more sticky places, places where students can come hang out and experience our lounges.”

The K-State Marching Band, the Classy Cats and Willie the Wildcat were on hand to celebrate the occasion. A reception followed the ceremony, and Call Hall ice cream was provided for students and faculty while they browsed through the different presentations and illustrations of the upcoming renovation work.

Bowman, Bowman, Novick Inc.– a Kansas design firm whose past work includes the Hale Library addition – and Workshop Architects Inc.– a national design firm with a particular expertise in student unions – collaborated on the Union renovation. Before presenting their final plans, the firms met and worked with students and faculty to gain input on the design.

“We picked these architects and contractors because they listened to our students,” Bosco said. “As we think about today, this is another chapter in our ability to respond to student interests.”

The renovation will be done in phases and is expected to be completed at the end of 2016, with a formal opening of the brand-new Union scheduled for January 2016.

According to the project timeline, the first phase will concentrate primarily on the south facade and ground floor, and it will feature a remodeling of the K-State Student Union Bookstore. During the first phase, the bookstore will remain open with a smaller store area.

Although construction work is set to begin on Sept. 8, the phasing of construction work will allow the Union to remain open during the entirety of the renovation, and offices within the Union will relocate as necessary. A full and current list of relocations is available on k-state.edu/yourunion.

While the food court will be closed next semester, Subway will remain open. According to the renovation website, there are also plans for food trucks to be parked at Bosco Student Plaza during the renovation.

“The Union will probably be easier to navigate (after the renovation), but I don’t know if I can go a whole semester without the food court,” Chris Bouska, senior in mathematics, said.

Chase Phillips, sophomore in wildlife and outdoor enterprise management, said he would be affected by the renovation of the food court.

“I probably won’t eat, or I’ll go home and make something instead,” Phillips said. 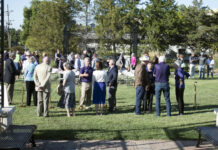 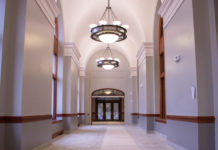