“The chart below represents the drill from tonight’s show,” Tracz wrote. “There was absolutely no intent to display anything other than the Enterprise and the Jayhawk in battle. If I am guilty of anything it would be the inability to teach the drill in a manner that these young people could have succeeded. I do apologize for the misinterpretation and I assure you that I meant absolutely no disrespect or malice toward the University of Kansas.”

During the halftime show at K-State Football’s season opener against South Dakota, the marching band depicted a scene between the Starship Enterprise from Star Trek and a giant Kansas Jayhawk.

A member of the band, who wished to remain anonymous due to instructions given by band officials, shared a photo to Facebook and said the band’s only intention was to show a fight between the starship and the Jayhawk. 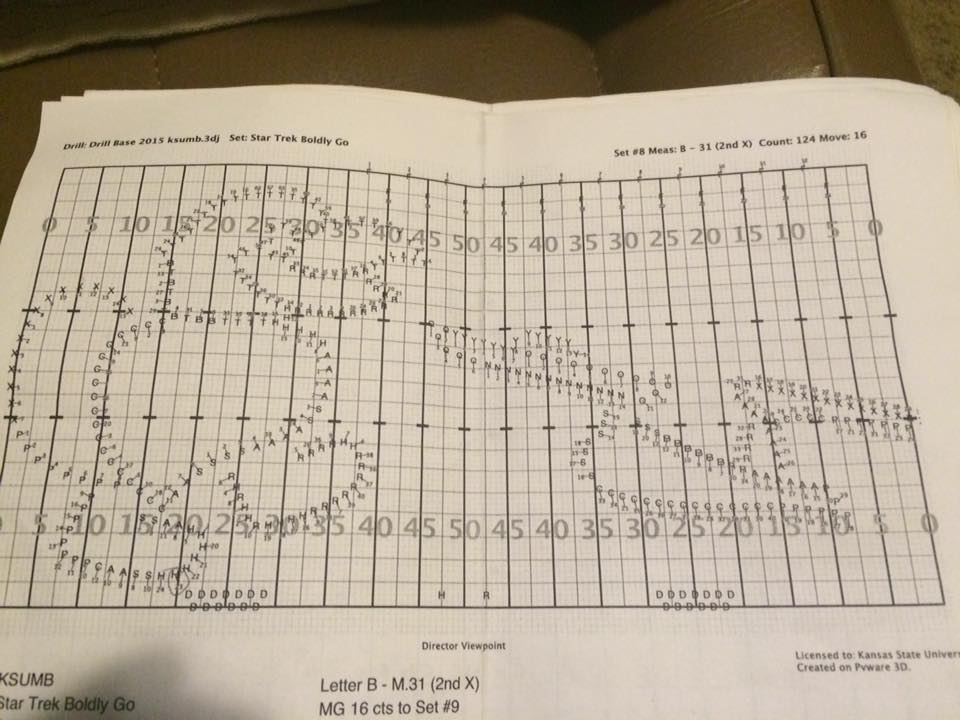 “It is very clearly a starship enterprise (sic),” the band member wrote on Facebook. “People are taking this way out of proportion.”

@jimmykimmel This is the #KState band as Starship Enterprise “encountering a horrible space creature” – the Jayhawk https://t.co/xv1c7VPNqs

Every year, KState comes out with a new found incredible way of saying, "we're childish" http://t.co/3UHiZ28y63

Although the performance drew the ire of some, others thought it was all in fun and joked about it.

Haha this band thing is making my night about kstate??

If the kstate marching band offends you more than losing to South Dakota St, you might be a KU fan…

I bet the KState band has 1000s more applications next year. #thatonetimeatbandcamp

Can u imagine being in the #KState band & calling ur parents abt tonight's performance, "hi mom! Look for me. I'm the left ball." 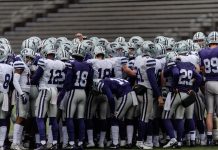