On September 5, 2015 in Bill Snyder Family Stadium, the Wildcats defeated South Dakota Coyotes 34-0. K-State had an immediate head start after Morgan Burns, senior wide receiver, raced down the full length of the field on his 100 yard kick return. The Wildcats will be back on the field against the University of Texas-San Antonio Roadrunners on September 12 in the Alamodome in San Antonio, Texas at 11 a.m. 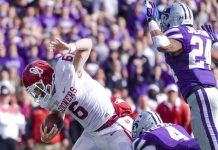 Wildcat football will take on Oklahoma Sooners at home 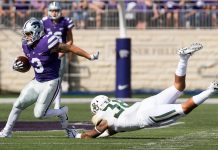