Yesterday, our nation mourned the loss of opinion-giant Andrew Kohut. And today again, we lament the loss of a wonderful institution that added to our public discourse and understanding.

The New York Times, in their article, “National Geographic and Fox Form a Commercial Media Company,” detailed that “Since 1888, the National Geographic Society has stood for science, discovery and storytelling. Its yellow-bordered magazine has served as the ultimate stage for award-winning photography, depicting the wonders of the world, and the group has supported pursuits as diverse as the underwater explorations of Jacques-Yves Cousteau and Jane Goodall’s study of chimpanzees in Tanzania.”

The article continues, “Now, the nonprofit organization plans to continue that mission, backed by the Murdoch media empire.”

A lot to digest here– but NatGeo's TV joint venture with Fox is expanding to include ALL of NatGeo's media brands http://t.co/cQ1u35Q9V1

Should fans of the long-running non-profit be worried about changes in content?

Fox has purchased National Geographic. What are the Vegas odds on the first issue being about climate change being a "myth"?

Look me in the eye and tell me you believe "Fox National Geographic Magazine" would have published this issue. pic.twitter.com/UXeloVEsDr

For the first time in its 100+ year history, @NatGeo will be a for-profit company: http://t.co/axwd7vhU1s pic.twitter.com/z4VhsySR4k

National Geographic is now owned 73% by Fox. What does that mean for its coverage of climate change and its affect on wildlife, wild spaces?

Fox and National Geographic have worked together in the past, and together put together a very well-respected “Cosmos” series with Neil deGrasse Tyson, so we should probably wait and see how this turns out, and hope for the best. 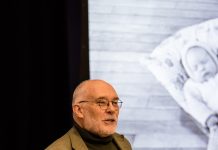 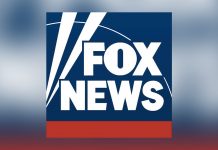 Behind the lens: National Geographic photographer Jim Richardson reflects on his...