Joe Biden appeared as a guest on Steven Colbert’s Late Show. After a few candid questions, the talk turned emotional as Colbert pressed Biden for an answer on whether or not he would run for President in the upcoming election.

Joe Biden, in an emotional interview with Stephen Colbert, expresses doubts about a 2016 run. http://t.co/86vvqSJFbw pic.twitter.com/IFwNZrOyrv

An emotional Joe Biden opens up to Colbert on loss of his son, tough 2016 decision: http://t.co/DczMTF0XDU pic.twitter.com/SWNZCpAlPQ

In his powerful, moving interview with Colbert, you could see all the reasons why so many want Joe Biden to run. And why he may not.

Biden’s emotional statements brought some fans to tears, but mostly, to Twitter.

I feel bad for Joe Biden

Joe Biden on Colbert was one to watch. The VP showed humanity & authenticity in a way that's too often missing from our political leaders.

I feel for Joe Biden (that man has been through some $#!+) but he needs to piss or get off the primary pot this back & forth is annoying.

Even the Democrat non candidates like Joe Biden are 100x better than the GOP candidates. Joe Biden is a great man.

The D.C. media may love him, but progressives should want no part of Joe Biden http://t.co/lxgPhvLVfs

It seemed as though tweeters could agree on only one thing about Biden’s interview, that he is a good man.

Joe Biden. Good man. Politics, you either agree or don’t, but he's a good man.

But, of course the show could not end without a few chuckles. 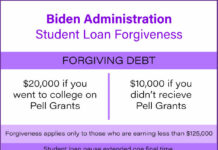