Home Community Letters to Editor Letter to the Editor: A K-State professor’s thoughts on the Enterprise halftime

Give Frank a break.

I’m writing to encourage people to take a step back from the social media driven mugging of Frank Tracz and think more clearly about this situation. Lets start with character. Those that know Frank well, as well as those that know him less well, know that Frank takes his job seriously and does a fantastic job with the marching band.

He has directed the band for more than 20 years and each of those years he has taken them on more than half a dozen road trips, essentially functioning as the main chaperone for these trips. It does not take much imagination to think of the kind of trouble that could arise on such a road trip and there has been none of that. That should be proof enough of Frank’s character, his leadership and his inspiration to the Band members who follow his directions and should convince you of his honorable intentions.

Next, consider the depiction of the Jayhawk. What is wrong with that? My kids go to the high school here in town, which, like K-State, is just starting up, and there have been several parents’ night back to school events. On numerous occasions during these back to school events, principals, teachers and others made remarks jesting about the university down the river. This is all in fun. Everybody does it and everybody knows it is not meant to offend. Probably everyone in the K-State family has a friend, brother, sister or parent who has gone to KU. We don’t really think anything less of them, but we do like to make fun of them and they do the same of us. So what is wrong with Frank doing this?

Next, consider the depiction of the Starship Enterprise. The Ohio State marching band once performed a salute to “Outer Space”, in which they formed the Starship Enterprise too. The Ohio State Marching Band is considered one of the best in the country and I would guess that most band directors across the country are looking to them for material and inspiration. Frank is trying to keep the K-State Marching Band at the cutting edge, so we should applaud him for his effort to do this.

Let’s not get carried away with this social media-driven mugging that was started with what someone probably thought was a funny remark about the band’s performance that has now gone viral. Give Frank a break. 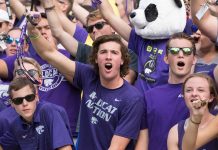 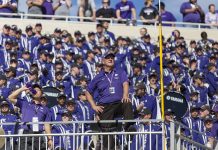 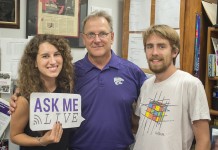