Students tend to turn to coffee or caffeine as a way to make it through the late nights of studying and homework. However, a recent survey shows a few students use another alternative to deal with the pressure of college.

A survey by the Harris Poll, conducted on behalf of the Coalition to Prevent ADHD Medication Misuse, found that “75 percent of students believe at least some of their peers have used ADHD prescription stimulants not prescribed to them.”

The 75 percent statistic is just a misleading perception students have, according to Boosting Alcohol Consciousness Concerning the Health of University Students’ director of initiatives and training, Ann Quinn-Zebeck.

“When you actually look at the data, it’s really a minority of students who are doing this,” Quinn-Zobeck said.

According to the survey, only 9.3 percent of students have actually used ADHD prescription stimulants not prescribed to them.

Misusers of ADHD prescription stimulants are usually students who feel significant pressure from college and academic work, according to the survey. These stimulants, mainly Adderall, can be seen as a shortcut to being able to focus under stress while staying up late to study.

“The reality of all of this is there’s no shortcut,” Mark Brown-Barnett, director of Lafene Pharmacy, said.

“When the mind is not focused and is just kind of randomly going, the theory is by speeding up the body, then it catches up with the mind, and there’s greater control and greater focus,” Brown-Barnett said.

When students sell their medication or give it to their friends as a favor to help with studying, not only is it a felony with serious consequences, but it also puts them at a disadvantage.

“This is their medication and it helps them get through school,” Quinn-Zobeck said. “It’s a tool that they need in order to be able to complete their coursework, do their studying and get good grades.”

For students who feel stressed, there are better alternatives than taking unprescribed stimulants.

“Every person’s going to be a little bit different,” Dorinda Lambert, director of K-State Counseling Services, said. “They’d have to really take a little bit of time to figure out what are the things creating the stress for them and then try to look at what are the supports that can help them deal with that differently.”

K-State Counseling Services provides resources for learning about stress and time management, including workshops throughout the semester and a free online workshop.

“It’s one of those things that if we put some attention on it and really look at the issue, I do believe it’s an issue that we can solve on campuses,” Quinn-Zobeck said. 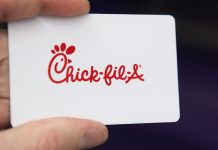