Having multilingual abilities allows for having a competitive edge over others in school and in the workplace. Many students at K-State are required to take some form of foreign language throughout their time at the university. However, it is widely questioned why some students have a more challenging time learning a foreign language while other students seem to pick up a second or third language fairly quickly.

Laura Kanost, associate professor of Spanish, said she believes that students’ motivation to learn affects how well they will succeed in a foreign language class on campus.

“We all have our unique strengths and weaknesses when it comes to different types of learning and developing new skills,” Kanost said. “Our brains differ in the way they process and retrieve languages. Therefore, to be successful in a language class, work habits and organizational and study skills are very important.”

Lameese Madi, senior in French and political science, is fluent in four different languages including French, Arabic, Berber and English. As a result of her language abilities, Madi said she has come to learn that being multilingual is partially correlated with a student’s level of confidence.

“I think when it comes to languages it’s really how you approach the idea of learning another language,” Madi said. “Because I already went in with three languages I knew how to speak, I didn’t feel like it was impossible for me to learn another language (French). Your attitude has a lot to do with your level of success.”

Mary Copple, associate professor of modern languages, said the human brain also plays an intricate role in how successfully a student retains a foreign language. She said the brain must learn to make sense of the new language by consistent exposure to the specific language.

“Exposure allows the brain to break a stream of speech sounds into meaningful words and phrases and to catalog how those words can be combined and re-combined,” Copple said. “Exposure also allows the brain to learn social aspects of language. For example, it tracks how and when speakers use words in a particular situation so that learners may acquire linguistic conventions for ‘appropriate behavior.’”

Foreign language professors at K-State have said they make it a top priority for students to have as much exposure to language as possible because they know how important it is in fully retaining the language.

“Our foreign language program here at Kansas State University truly makes sure that we have at least one hour a day or every other day that is dedicated to us being exposed to the new language that we are learning,” Madi said.

Whether students have a more challenging time learning a foreign language or a fairly easy time, it is good to note that having good study habits, confidence and consistent exposure to a new language can all be factors that potentially help along the road to becoming multilingual. 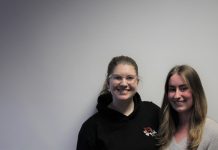 Learning Chinese can connect you to a wide variety of people, head of Chinese Language Program says 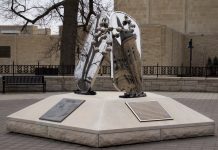