Leading up to Saturday’s Big 12 opener for K-State, it might seem that doppelgangers have abounded, primarily on the defensive side of the ball.

Yes, it’s no secret that both Oklahoma State and K-State both have blue ribbon defenses after the first third (or so) of the season.

K-State has limited teams to just 315 yards per game in their first three contests while Oklahoma State has given up 300.

The Cowboys have allowed 66.5 less yards through the air while K-State has allowed 51 less yards on the ground.

The Wildcats have been stinging when it comes to opponents scoring, allowing an average of only 12 points per game while Oklahoma State is not too far behind with letting opponents put up 15.5 per game.

The similarities don’t stop there.

Oklahoma State tops the Big 12 sack total list with 16 while, wouldn’t you know it, K-State, who has played one less game than the Cowboys, sits in second place at getting at the quarterback 12 times this season.

In case you’re keeping track at home, that’s an average for both teams of four sacks per game.

Cowboy defensive end and nightmare for the offense, senior Emmanuel Ogbah, leads the Big 12 in total sacks so far this season with 5.5. His friend down the line, senior defensive end Jimmy Bean has four sacks of his own.

In contrast, K-State defensive end and also a fairly formidable nightmare, junior Jordan Willis, trails him with 3.5 sacks on the season.

Ogbah and Bean spread their sacks out over four games while Willis did all of his work against Louisiana Tech two weeks ago. His 3.5 sacks in that game is the best in the Big 12 so far this season. Ogbah and Bean have not had more than 1.5 sacks in a game.

Unfortunately for the Wildcats, that’s where the comparisons might end.

Oklahoma State hasn’t been ballhawks by any means, but they have picked off four passes so far this season.

The average win total of the other seven teams without a pick is 0.7 wins. Yes, there is in fact a decimal before that seven.

As shown earlier with the discrepancy in allowed passing yards in conjunction with the difference in interception totals, it’s safe to say that while K-State might have a top front seven in the Big 12 and the country, this secondary still needs some work.

And, with the Cowboys’ quarterback Mason Rudolph ranking 10th in the country in total yards and yards per attempt and 20th in quarterback efficiency rating, the Wildcat secondary is in for another big test after escaping the arm of Louisiana Tech’s Jeff Driskel.

K-State head coach Bill Snyder confirmed in his Tuesday press conference that senior safety and missing link for this K-State team, Dante Barnett, would “more than likely” not be making it out to the field as the injuries sustained in the season-opening South Dakota game still seem to nag at him.

That does not necessarily bode well for a secondary trying to find its footing against a good offensive opponent after a bye week.

K-State’s defense has been pretty good so far this season. It most definitely is the strength of the team, and the Wildcats’ front seven is as good so far as anyone in the conference.

Unfortunately, Oklahoma State may just be a bit better and that may be the difference come Saturday afternoon. 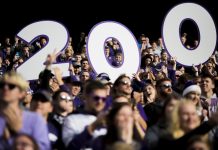 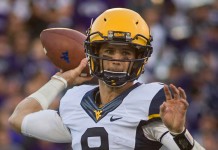