Home Feature Health The effects of the food chain

While standing in line at the grocery store, you glance down into the cart and see all the different meats, fruits and vegetables that will be a part of dinner that night. Even though the thought of a nice juicy hamburger sounds delicious, it may not cross your mind as to what that cow you are eating ate prior to being butchered and processed into ground beef.

“We consume what animals consume and the quality is dependent on the nutrients that they eat,” Annette Trieb, senior in park management and conservation, said.

Brittney Kozenko, sophomore in animal sciences and industry, said that the quality of meat we eat does in fact depend on what the animals eat.

“This is easily shown by the comparison of grass fed to corn fed beef,” Kozenko said. “Animals’ nutrition, the feed that is consumed and processed into muscle and fat, is directly correlated to their meat.”

According to the U.S. Department of Agriculture, in order for beef that is being sold in a marketplace to be marketed as “USDA Certified Grass Fed Beef,” cattle may only be fed grass and forage after they are weaned. An audit-based verification service ensures the livestock are raised based on these standards, and having your cattle certified as grass-fed can increase their market value.

Grass and grain-fed beef have differences both in taste and nutrition. Grass-fed cattle tend to be leaner, which affects the meat’s flavor and results in it being less tender than beef from grain-fed cattle. Grass-fed beef is more rich in heart-healthy fatty acids such as Omega-3s according to the Nutrition Journal, but it is also more expensive.

Kozenko said there are other things that animals consume that do not have any effect on our food at all. For example, if animal is treated with antibiotics, producers are required to have a withdrawal period, which is a period of time between when antibiotics are administered and when it is legal to slaughter the animal, allowing residues to exit the animal’s system, according to the USDA.

Alaycia Ryan, sophomore in food science and industry, said these reasons are why there is so much research and so many tests performed on ingredients in livestock feed.

“Every ingredient in feed is carefully researched, tested and high quality,” Ryan said. “If you look at it from a producer’s perspective, they want to make sure that their product is the best that it can be. They would not use poor quality or dangerous feed, because that would hurt them in the cost center later down the road. Animal feed is constantly being improved upon to ensure healthy, efficient livestock.”

There has been a concern recently that the fish we eat have been consuming plastic and in turn we as humans have been as well. According to an NPR article titled, “How Plastic in the Ocean is Contaminating Your Seafood,” when fish eat plastic they absorb some of the chemicals within it and potentially create a health risk for humans who eat the fish.

“Fish are more susceptible to absorbing chemicals into their flesh due to their aquatic nature,” Ryan said. “For a long time, mercury has been found in their tissue. The plastic is being ingested by the fish and the chemicals that come from it are in the meat that we would eat.”

Ryan also said that while this is true, it is not very problematic for humans and the risk in eating fish is still low.

“The likelihood of this causing major problems in humans is very low,” Ryan said. “The benefits of eating fish still outweigh any potential risk from the chemicals they absorb.”

Kozenko said there is new way of farming fish called the “blue revolution” that involves domesticating and improving the health of fish, as well as their resistance to disease. According to JRank.Com’s article, “Blue Revolution (Aquaculture) – Fish Farming,” in “blue revolution” fish farming, fish are kept in confinement, oftentimes in artificial ponds or in cages in bodies of water and fed to maximize nutrition and growth.

“Realistically, consumers should not be worried about the safety of their food supply in the U.S. The USDA (U.S. Department of Agriculture) and FDA (Food and Drug Administrantion) develop countless laws and regulations to ensure the safety of consumers,” Kozenko said.

Ryan also said the many U.S. regulatory agencies are always working to improve the quality of our food. Feed, as well as the animals eating it, are always being monitored to ensure the safety of our food.

“I would also like to point out that everything is made of chemicals and while certain chemicals may be present in feed or animals, that does not mean that they are in any way harmful,” Ryan said. 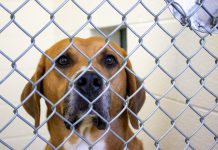 OPINION: ‘Kill shelters’ are not the enemy 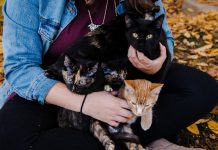 These students are helping save pets, one foster at a time,...