Tonight is the official start of the Major League Baseball 2015 playoffs. Tonight the “evil empire” New York Yankees face off against the “wait, you’re here?” Houston Astros for the great honor of moving on to Kansas City in the next round.

On the other side of the American League bracket is Josh Donaldson and the Toronto Blue Jays squaring off against Adrian Beltre, his untouchable head, and the Texas Rangers.

As you await @MLB WC game, here's an overview of how playoff teams were built, w/link to more detail on each club: https://t.co/Yg536AjeFT

For Royals fans, these playoffs, unlike their incredible run last year, have the burden of expectations. Instead of sneaking into the wild card game and shocking the world to the World Series, they are taking the path of division winners, and with the best record in the American League.

Last year, I had NO expectations between the WC game and the WS. Only when I got my hopes up did they fall short. https://t.co/S0dS4kLNbf

A little less anxiety today knowing the #royals don't have to play the WC game. However that was a magical night. #TakeTheCrown

Yordano Ventura will start game one of the Royal’s series against the winner of tonight’s Yankees-Astros matchup.

Hey, Houston, now's the time to pull Keuchel so he can start the WC game on 3 days' rest! And then can't start Game 1 of the ALDS! HINT HINT

Out of left field: It’s time to embrace the rebuild again 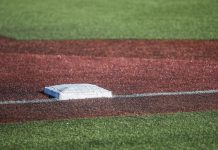 Out of left field: Red-hot Sox, best record in April

What to watch: MLB Week 4

Out of left field: Houston Astros are the team to watch...