The 2014-15 academic year was the most successful year yet for K-State’s Study Abroad Office and its short-term faculty-led abroad programs, according to a report published by K-State Today.

Since fall 2014, the Study Abroad Office has helped facilitate 27 programs from all nine K-State colleges, sending 342 students to 15 different countries to study, volunteer or perform research.

This increase in student participation is the result of a new accounting system, along with new staff hires and improved policies over the last year that are continuing into the current year.

The newest Flint Hills Masters Exhibition features a collection of artistic representations, such as paintings and sculptures, of the Flint Hills landscape.

Each piece is an artistic interpretation of the Flint Hills by a different artist.

This exhibit will be on display at the Flint Hills Discovery Center through Jan. 17.

Officers with the Riley County Police Department filed a burglary report for a stolen handgun on Friday at approximately 12 p.m.

Police on the scene found that a vehicle in the 800 block of N. 11th Street had been entered and a handgun belonging to Dustin Bayless, 23, of Manhattan, was taken by an unknown subject or subjects when the vehicle was parked and left unattended in the area.

The value of the handgun is $250, according to the report on this case filed by RCPD. 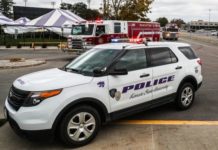 Campus police activity: April 23 to May 5 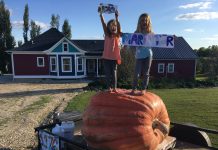 Larger than life: Kansas’s largest pumpkin makes its way to the Little Apple 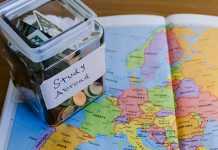 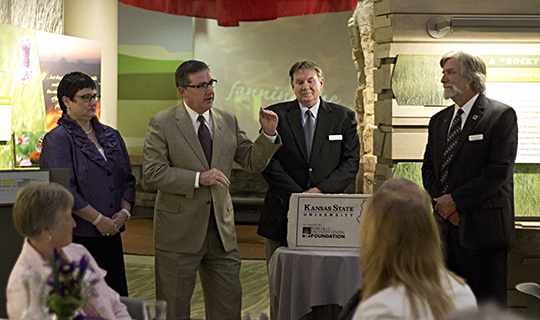