K-State equestrian had their home winning streak of 18 straight snapped Friday when they fell to No. 6 Oklahoma State 13-7.

Oklahoma State is now 2-0 on the season and 1-0 in conference matchups. The Cowgirls are currently ranked first in the Big 12.

Hunt Seat proved a challenge for K-State as they fell 8-2 to the Cowgirls in the event. In Equitation over Fences, sophomore Molly Dunn slipped past OSU’s Amy White 82-81 to gain the only point for the Wildcats. K-State fell to OSU 4-1.

The final score in Equitation on the Flat was also 4-1. Junior Gretchen Koenen managed to ride past White 77-75, tallying her second win of the season.

K-State broke even with Oklahoma State 5-5 in the Western arena, winning the Horsemanship discipline 3-2 and falling short in Reining, 2-3.

Oklahoma State has only lost one out of eight events so far this season.

In Reining, Sophomore Brynn Critcher secured her first win of the year against OSU’s Julia Purus, notching a score of 70.5-70. Senior Nicholle Hatton captured her 10th career win as well as a Most Outstanding Performer honor after riding past OSU’s Brenna Brawner 72-69.5.

“We had some points that did not fall our way, and on the other side, we made some mistakes that cost us our point,” Maxwell said to K-State Sports.

Next up, the Wildcats will be back at home against No. 3 Baylor on Oct. 30. Baylor, a national semifinalist team last season, is coming off their eighth-straight win in the Willis Invitational. The Bears took down No. 9 New Mexico State 11-3 and No. 5 Fresno State 9-6.

“In the coming week, we first have to continue to minimize those errors, so we can then focus on having stronger rides and beating our opponents,” Maxwell said. 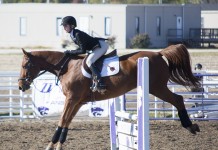 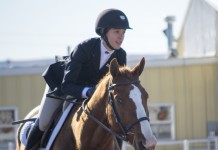