The K-State men’s and women’s cross country teams are traveling to Peoria, Illinois to compete in the Bradley Classic today.

Running against the Wildcats will be the Creighton Bluejays, Missouri Tigers and Nebraska Cornhuskers.

Since that race, the Wildcats have had a three-week break to train and rest, so look for a team full of fresh legs.

“It has been three weeks since we last competed,” head coach Ryun Godfrey said to K-State Sports. “Training has been going well since our last meet and therefore, I am looking forward to seeing the athletes put together a good race on Friday.”

The men are led by sophomore Colton Donahue, and juniors Jeff Bachman and Bryan Zack, who chalked up 10th, 22nd and 25th place finishes in Stillwater, respectively. Donahue finished his 8K with a time of 25:23.1.

Meanwhile, the women are led by star runner Morgan Wedekind, junior, who has two top-five finishes this year. She placed fifth in the 6K in Stillwater with a time of 21:26.9. Sophomore Kayla Doll also looks to impress this weekend after she finished 20th in the last contest with a time of 22:10.4.

The Wildcat men will be looking forward to running against the likes of Nebraska’s Peter Spinks, who placed first in Nebraska’s victory at the Augustana Twilight in Sioux Falls, South Dakota. Jacob Olsen finished fifth for the Cornhuskers.

The women have the not-so-good fortune of competing against Creighton’s Lauren Ogg. The freshman Bluejay has been making waves with a first-place finish at the Briar Cliff Invite in North Sioux City, South Dakota. She has managed second, third and 21st in her debut collegiate season. 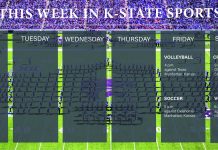 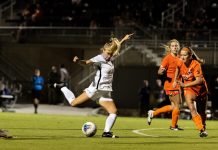 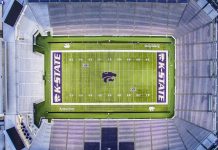