The city commissioners and members of the public addressed the future of Manhattan’s recreation facilities Tuesday night at the City Commission meeting.

Commissioners heard a motion to consider a request for consultant qualifications for a Department of Parks and Recreation facilities feasibility study.

Earlier in the year, the city conducted a survey of 800 Manhattan residents to determine public opinion on city recreation facilities. Eddie Eastes, Parks and Rec director, said the city would need continued feedback from the public.

“Even though this is some of the design study on this next process, it needs to have a large public input as well,” Eastes said. “…We need to make sure that the public is still heavily involved in what we’re looking at and what we’re studying and what facilities potentially could look like.”

Expenses for potential plans dominated the discussion among commissioners.

“I think it’s very important that the public understand what it costs,” Mayor Karen McCulloh said.

“At (Frank Anneberg Park), we’re looking at soccer fields and baseball fields,” Reddi said. “…So I almost feel like as the feasibility is too narrow or too condensed, too specific when we’re talking about a grand scale for the amount of money we’re asking.”

Eastes said that other playing fields would be examined as part of the overall study. Commissioner Wynn Butler said he supported the proposed scope of the project, but wanted to look at the potential costs first.

“Basically, those 800 folks who took the survey, they gave us a nice little want list, but we don’t know what we can afford yet,” Butler said. “And that’s what I see this study doing. It’s going to put some dollar numbers on it.”

Commissioner Mike Dodson said he thought the planning costs should not be difficult to determine.

“The other thing I would expect from a consultant study is some options and some costs for those options,” Dodson said. “Otherwise, we just get four things and you take it or leave it. And we need to have options that show comparisons of costs to the things we might want to select.”

Butler said he would like to see more collaboration with the Manhattan-Ogden school district in order to share costs and benefits.

“I’m convinced we really need to look real hard at neighborhood recreation facilities at the schools and take the existing facilities a school has and build onto it,” Butler said. “The end result is, it’s going to cost us less money, it’s going to benefit the school district and the taxpayers’ going to win big time.”

Knopp said alternate facilities already exist that the city can use.

Richard Hill, Manhattan resident, said he thinks the economy in Manhattan can not handle building any facilities.

“I think that we need to look and say, ‘Can we actually afford this?'” Hill said.

The city commission passed the motion, which will set up a task force to determine qualifications of the consultants. It does not include automatic approval of future proposals brought to the city by consultants. 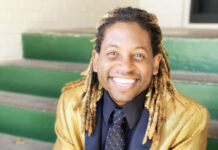