Wednesday has been dubbed “Back to the Future” Day. In the 1989 film “Back to the Future II,” Marty McFly travels from 1985 to Oct. 21, 2015 to save his future children with Dr. Emmett “Doc” Brown in his DeLorean turned time machine.

Twitter users shared thoughts and feelings about the film’s futuristic predictions about our present-day.

Just a friendly reminder, this is how we're supposed to dress in a few hours. #BackToTheFuture pic.twitter.com/6vZsz7YzGs

Tomorrow Marty McFly will arrive in the DeLorean. What a time to be alive. #BackToTheFuture pic.twitter.com/PV85T0OIUe

"Your future is whatever you make it, so make it a good." Beautiful words of wisdom from Doc Brown. #BackToTheFuture

if anybody sees Marty mcfly going into that bloody antique shop tomorrow, stop him buying that almanac will you. #BackToTheFuture

"After tomorrow, all the "Back to the Future" movies will be set in the past." – @AshtonReports #BackToTheFuture #OldAge #ItSucks

So… October 21st tomorrow. Hopefully my hover board will turn up before the school run… #BackToTheFuture 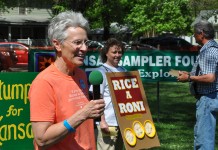 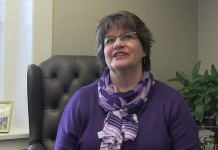