This past week, I’ve been discussing issues of voting here in America, including within the youth and minority populations and the unfair restrictions strict voter ID laws are imposing. But there is another voting rights issue becoming more and more prominent in the past few years – felon voting rights and disenfranchisement.

This has resulted in huge numbers of the population being disenfranchised. According to the Washington Post, “an estimated 5.8 million Americans are not allowed to vote because of current or previous felony convictions.”

Another huge issue is that of race; according to the same article, almost 38 percent of those who have lost their voting rights due to a felony conviction are black.

Rep. John Conyers, the top Democrat on the House Judiciary Committee, in a statement earlier this year spoke on the large number of disenfranchised citizens and the roots of these voting laws in our country’s Jim Crow history.

Even Attorney General Eric Holder, in a 2014 speech at Georgetown said that “although well over a century has passed since post-Reconstruction states used these measures to strip African Americans(sic) of their most fundamental rights, the impact of felony disenfranchisement on modern communities of color remains both disproportionate and unacceptable.”

This country is moving further and further away from the (now seemingly ill-advised) “War on Drugs,” and one of the only political issues right now that is gathering bipartisan support is criminal justice reform; well, it now appears that felon voting rights will feature prominently in that reform push, including support from well known conservatives like John McCain, Rand Paul, Lindsey Graham and even Kansas’ own Koch brothers, as detailed by the Huffington Post.

There have been multiple bills in Congress this year trying to address this issue, though the more likely impactful action is taking place in the states. The MSNBC article “Push to restore voting rights for felons gathers momentum,” observed movement on this issue in states like Florida (this issue’s poster-child state), Maryland, Minnesota, Virginia, Kentucky and Iowa.

One of the biggest arguments for criminal voting reform is that once they’ve served their time, this fundamental human right – voting – that is a great source of pride for America and democracy itself should be properly restored. If we’re truly interested in rehabilitation, hard work and second chances, then we shouldn’t deny them this Constitutional right.

Additionally, denying released felons the right to vote seems to make re-entry into society much harder, increasing convictions after the first one. According to Susan Greenbaum’s piece, “Restore voting rights to ex-felons,” research studies have shown that re-enfranchising ex-felons cuts the rate of recidivism anywhere from 10 to 33 percent.

While it can be hard to sympathize with the life of a convicted criminal, if they’ve put in their time and effort to rehabilitate, who are we to deny them a fundamental pillar of citizenship? If they are to re-enter society, how can we put up unnecessary barriers to them doing just that?

This is an upcoming debate in voting rights and criminal justice reform, so take some time to think on your own beliefs on the issue before it comes up here in Kansas. If nothing else, prepare so you’ll know which politician you should be scowling at. 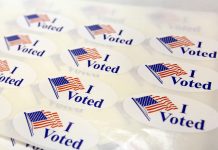 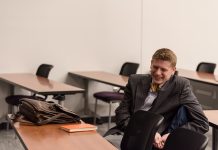