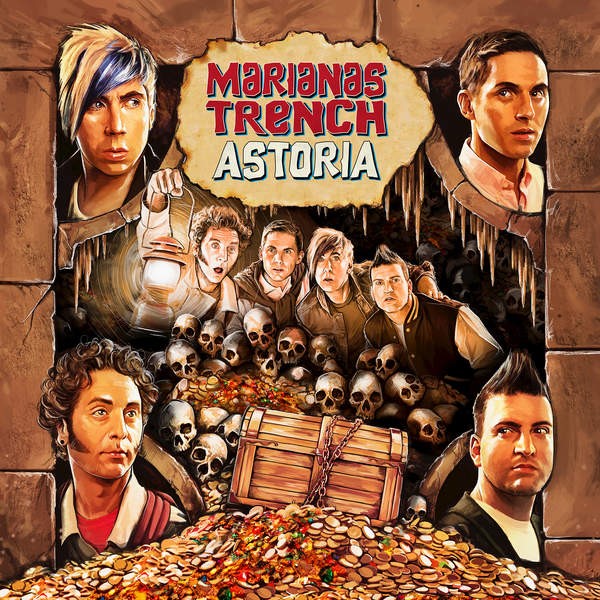 Listeners are in for quite a treat when it comes to this album. With various rhythms, instruments and each song tying together, “Astoria” by Marianas Trench delivers a unique display of songs to the ear.

The first song, also named “Astoria,” reminded me a bit of Coldplay’s “O (Hidden Track)” at the beginning, which really grasped my attention. Then, it progressed into synths with the lead singer’s tender vocals blending into the sound and later switched styles three times, from a funky 80s theme to rock and finally a piano to finish the first track. In a sense, the first song seemed like a teaser to what Marianas Trench had in store for this album.

As the album progressed through its collection of pieces, “Burning Up” had a similar feel to songs by Bruno Mars, while “Shut Up and Kiss Me” had some similarities to music by the Jackson 5. Other songs like “One Love” and “Who Do You Love” reveal more of a slow rock, and “Wildfire” delivers a powerful melody with strong vocals, drums, bass, guitars and strings.

Finally, certain songs poised as instrumentals like “And Straight On Til Morning” and “Never Say Die” and were each a minute or less. They easily tied songs with lyrics together, however, allowing listeners to go on a smooth journey through the hourlong album.

“Wildfire” struck my interest, since its melody and styles were similar to a lot of Marianas Trench’s previous works. From the vocals to the drums and strings, this song was an artistic blend showing the band’s true colors. If I knew one song from this album had to be in the top 10 on iTunes, I’d say this track would be it.

Although some styles I didn’t favor as much with how the vocals sounded, Astoria was an interesting album incorporating styles from the 70s to present day. Some songs reminded me of various artists such as Coldplay, Maroon 5, Thirty Seconds to Mars and others. Each track presented something fresh and new, which I thought was fantastic about this album.

“Astoria” by Marianas Trench, in a sense, is like a palette of colors that creates a colorful masterpiece in one hour. It constantly changes to bring something new to the table.