Before I get started I should probably introduce myself. My name is Bob – Robert actually, but Bob to my friends. I’ve roamed this campus for what seems like a lifetime now.

As a 15th-year senior, (that’s 11 victory laps total, so one more until I’ve achieved three victory years) every year I see a brand new batch of K-State students trickle in and out of the various buildings on campus, each one on their own specific journey.

You might be thinking to yourself, “That’s great Bob. Now, can I help you with something? I’ve got a stats test tomorrow and I don’t even remember my professor’s name, let alone what the heck standard deviation is.”

In my years that I’ve inhabited this campus, I’ve learned a lot, and I’m probably still learning.

And what good is knowledge if it can’t be shared? Honest answer, it’s just as good, but that ruins the quip, now doesn’t it?

First of all, sidewalks are for absolute suckers.

A long time ago some genius found a way to mathematically prove the obvious that the shortest distance between two points is a straight line. Don’t overthink it. If you’re trying to get across campus in a hurry, other buildings aren’t obstacles, they’re paths, especially as we get closer to the coldest months. The inside is your friend.

Inside is always my friend, but enough about me.

Another thing that I’ve learned in my time here is to never stray from the ABC method – Always Be Caffeinated – whether your source is soda, coffee, an energy drink or the weird gas station caffeine pills truckers buy that are probably slowly killing them. We all know that sleep, in the traditional sense, is not really an option for college students.

Something has to power the powerless, and that’s where the legal chemical dependency on caffeine comes into play.

Now you know the key to getting to class in a prompt manner is unimpeded by walls that the “man” built to slow you down, and you’re fully awake when you get there thanks to the folks at Coca Cola and Maxwell House. That means it’s study time.

Let me tell you how to fully utilize Hale Library.

Sure, it’s a cavernous wonder filled with thousands (maybe millions) of books, 99 percent of which you won’t ever read, let alone look at. However, it’s also a full service hotel with built in Wi-Fi, computers, comfy and quiet sleeping spaces and fully equipped bathrooms.

Who needs dorms or apartments when you can set up a sweet pad right on the third floor of Hale?

Sure, there might be rules regarding trespassing, but they haven’t caught me yet.

Well, I’ve got to go for now. The rent-a-cop guarding the stronghold of the first floor of Hale is giving me looks. I think she knows I’ve been here since 2004.

I may be back with more tips to guide you through the trials and tribulations that college life has to offer.

Meanwhile, if you find me sleeping in the stacks or washing my hair in the bathroom, stop and say hello. College life gets kind of lonely for us 37-year-olds. 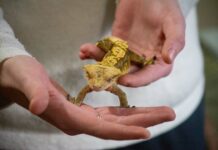 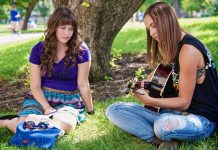 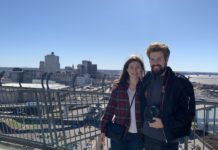 Ways to get over a breakup in college