When Wefald Hall is completed in the fall of 2016, K-State’s utility bill from the city will inevitably increase. Despite the added cost to the university, however, students living in other residence halls are unlikely to see a direct major change.

“Our overall bill will be larger, but our cost-per-student will not be significantly more,” Nick Lander, assistant director for residence life, said.

If anything, the new Kramer Dining Center will be more expensive for students because it will be a brand new facility, Lander said. While it will affect housing costs universitywide by increasing utility usage, the majority of its impact will be from other factors.

“It’s going to be completely different than anything anyone has seen here before, so there will be a slight increase as far as that,” Lander said. “Only a portion of that is utility based; a lot of that is going to be more about the fact it’s a new building and the staffing related to that.”

Despite the cost, Virginia Cardello, freshman in family studies, said she thinks she will likely stay in Goodnow Hall even though she thinks she could live more cheaply off campus.

Infrastructure projects — such as Wefald Hall and Kramer Construction — are some of the many factors that cause utility rates to change from year to year, both at K-State and in the surrounding community.

The city is in charge of determining water rates, according to Randy DeWitt, Manhattan’s assistant director of public works with water and wastewater. It does so based on revenue needs, such as upgrading the water processing plant and other similar projects.

“When we change rates, it’s really based on our expected expenditures for the upcoming year,” DeWitt said. “There’s a lot of factors that we use to go into trying to determine what our revenues and expenditures are going to be.”

Numerous city agencies and departments also affect rate increase decisions, according to Dewitt. The Department of Public Works, Department of Finance and Public Administration, the City Manager’s Office and the City Commission all contribute.

“Any change in rates requires either an ordinance or an amendment to an ordinance, and those go through a first reading and a second reading with the City Commission,” DeWitt said. “They ultimately are the ones that are approving the rate increases.”

Though water bills for students living in the residence halls are built into the rate the students pay for living there, Lander said, ultimately increasing water costs do trickle down to them.

“If water rates increase in the city, then we pay those increases as well,” Lander said. “As we look at what we charge students to live with us, that’s all factored into the amount that students have to pay.”

Lander said the costs of other utilities such as trash, electricity and gas also affect the costs to live in the residence halls.

“We have to look at rates,” Lander said. “We have to anticipate potential rate increases and then adjust our rate as what we charge students for the upcoming year.”

Contrary to what Lander said was popular belief, the Department of Housing and Dining Services does not receive financial assistance from the university.

To help minimize cost increases for students, Lander said Housing and Dining Services tries to maintain their buildings as cost-efficiently as possible.

“We really try to do a good job with staying on top of things before they become issues,” Lander said.

Skyler Harper, associate director of Housing and Dining Services Facilities Management, said the department is working on projects to help students see the impact of habits, such as long showers or leaving faucets running. Since students living in the residence halls do not receive individual water bills, it is harder for them to make the correlation between their individual usage and their actual cost of living than it might be for those who do not reside in the residence halls.

“We’re trying to do some things that would help our students understand how much water usage we do,” Harper said. “Hopefully within the next year we’ll be able to actually give more feedback to the students on what water usage we have and give them more opportunities to be a participant in the conservation of our water usage.”

Harper said he could eventually see competitions happening between residence halls to see which ones can save the most water. For now, however, a number of water-saving features already exist in many of the halls, including low-flow faucets and showers.

“Making a competition out of it would be a good idea,” Cardello said. 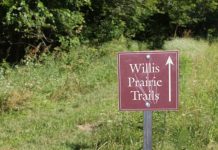 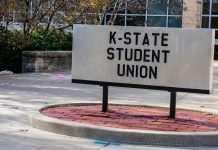