In an attempt to find more effective ways to help students earn their high school diplomas, some school districts have decided to remove heavy suspensions from their policies and replace them with counseling services.

Kansas law, however, states that if a suspension is longer than 10 days, a student is entitled to have a suspension or expulsion hearing conducted by a certificated employee of the school or any other hearing officer.

Greg Hoyt, principal of Manhattan High School, said there are many reasons a student could receive these consequences for their actions.

“We have had at least one of those (10-plus-day suspensions) in the last two years,” Hoyt said. “But in some cases, it’s students that are struggling with either some type of addiction that really needs to be addressed or some type of mental health issue. So if a student can agree to get the necessary mental health treatment, then I think that’s the best way to serve that student’s need instead of just expelling them from their school environment.”

Some of the behaviors that could lead to these sanctions include invading the rights of others, commission of a felony or misdemeanor and the possession of weapons, according to Hoyt.

“Bringing a weapon, making a threat at school is obviously a very serious matter, and it’s pretty much by Kansas law to issue an expulsion for one calendar year,” Hoyt said.

According to Hoyt, the purpose of a suspension is in the best interest of the students at all times.

Erin Spreer, personal and social counselor at MHS, said another option for the students would be to get counseling services at the school, but this would only work depending on their desire to progress.

“I think the student has to want the extra help, or they at least have to want to be here,” Spreer said. “But I don’t feel students that get suspended are usually the ones who want to be here.”

Levi Jones, freshman in secondary education, said he thinks these methods are not worth it because they become more like a compensation for bad behavior than a way to implement discipline within adolescents.

“I don’t really think it works, per se, because I think that by the time that student has gotten to that point of suspension and expulsion, they’re just so done with everything that the school system has to offer,” Jones said.

According to Jones, since adolescents spend the majority of their time socializing at this age, an in-school suspension would be his choice of sanction.

“I
feel like the social aspect, especially in high school, is why you want
to go to school,” Jones said. “You want to be around your peers, not so much the learning
part, so when you take that away it’s like, ‘Oh, well I don’t wanna be sitting
by myself in a room all day; I want to talk with my friends and be social,’ and
so that part would really show them that they have to change.” 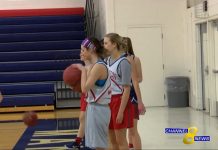 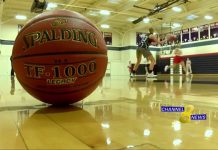