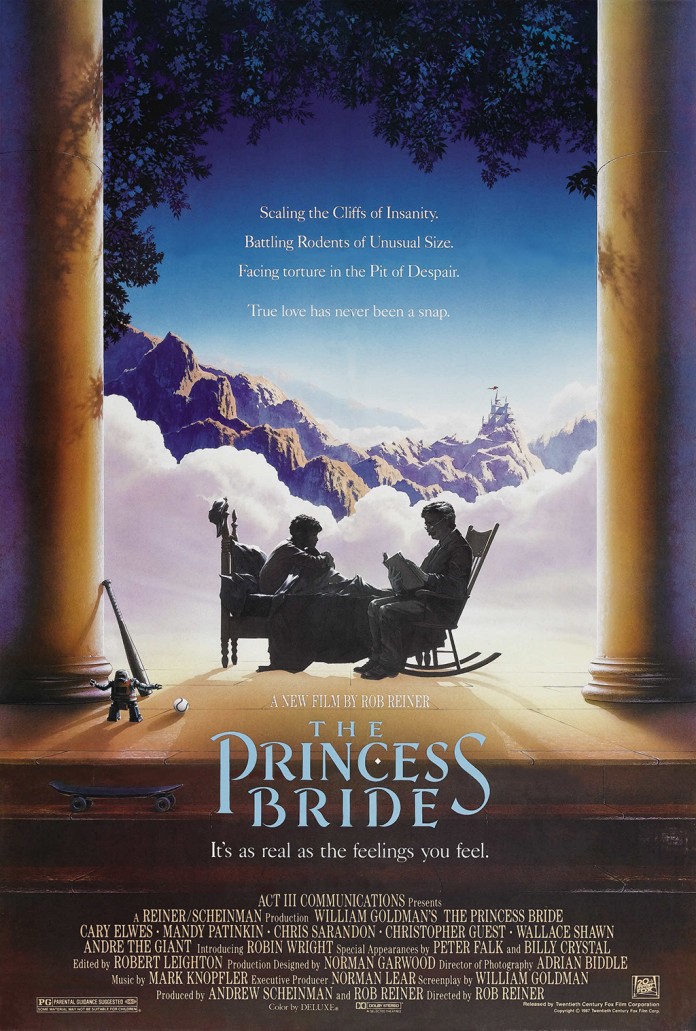 Let’s continue this best-and-worst review series of iconic films from someone who has never seen them and doesn’t really know anything about movies in general. Up next is the 1987 medieval classic, “The Princess Bride.”

Everyone I’ve ever met has told me how great this film is. I’m very excited to finally see what they’ve been going on about, so let’s dive right in.

Worst thought: The beginning of the film is set from the perspective of a boy being read the story. This kid constantly interrupts the tale to throw in a snide remark, and he whines about when it’s actually going to get good. I just realized that this is basically me when doing these reviews. Oh well, let’s carry on.

Best line: “Get used to disappointment.” Watching this, I guess I’ll have to.

Between pacing problems in the plot, questionable mustache choices and blatant pandering to Monty Python fans (the Rodents of Unusual Size seem an awful lot like the killer Rabbit of Caerbannog), the “Princess Bride” is really not living up to expectations.

Worst partisan propaganda: “Never get involved in a land war in Asia.” Don’t push your political agenda on me, film! I also couldn’t help but notice that none of the citizens of the village have guns. You’re not subtle, “Princess Bride.” I’m on to you.

Best secret timeout: OK, I have to take a quick 30-second timeout here from pretending to hate this movie. When Inigo Montoya finally confronts his father’s killer, and boldly says his practiced lines of vengeance (“My name is Inigo Montoya. You killed my father. Prepare to die.”) and his enemy suddenly just turns and runs away… I could not stop laughing. So, so funny. OK, time in, back to the hate.

Worst hype: “The Princess Bride.” This is a sad review to write because I very much thought I would enjoy finally seeing the much-loved film. I don’t quite see what deserves praise here, but now whenever I hear someone compliment the movie, I’ll sadly just think, “Inconceivable!”

I give this one out of five stars.