Nov. 11 marks a celebration of those who served in the military. Many different websites, business and news sources tweeted, honoring veterans.

Once a hero, always a hero! #VeteransDay ?? pic.twitter.com/rSetZIQeIR

Family members of those who fought to defend freedom in the U.S. and abroad took to Twitter to commemorate them.

To the person who shaped me into the woman I am today, happy #VeteransDay mom. You are my best… https://t.co/ZXxZDtkOiT

Happy #VeteransDay to the two men who most significantly impacted my life. My Dad and Grandfather. #Respect pic.twitter.com/8jAuYUzR82

My dad and me, plus my dad on a submarine. He served 6 years in the Marines, 23 in Navy. #VeteransDay @jaketapper pic.twitter.com/Dg8GLQmCen

Thank you to all who have served and to the wives, husbands, and children waiting for their loved ones to come home. ?, An Army Brat

Celebrities joined in on the action, thanking loved ones and all who served.

To our veterans: Thank you for your bravery, service and sacrifice. God bless… #VeteransDay

I am beyond proud of our #veterans that have fought for us to be the country we are today. Thank you. I'm happy to be an #ArmyBrat!

Naturally, it did not take long for the comments on social media to turn negative.

#VeteransDay where Germans are not allowed to celebrate their own, but are reminded of yours https://t.co/brlTsP8DuO pic.twitter.com/zCRfEF3GkS

But overall, Twitter was filled with tweets of thanks, support and love for those who served.

Thanks for all you do #VeteransDay pic.twitter.com/IeYskBKU7i

#VeteransDay The day Americans fly flags and "thank a veteran", while voting for people who consistently cut their benefits and services. 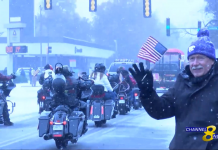 Channel 8: A freezing Veterans Day parade brings out the best in Manhattan residents 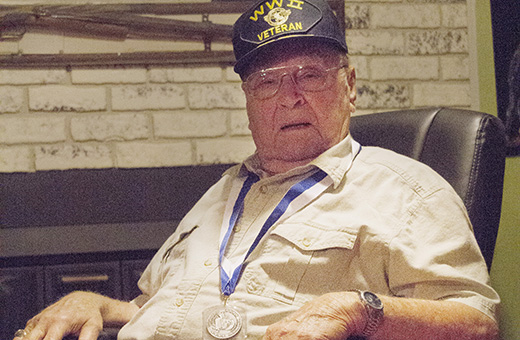