The Kansas government continued its lurch to the extreme right on Wednesday, when state House of Representatives Speaker Ray Merrick further weakened any influence moderate Republicans might have in our state’s legislature.

“Three moderate Republicans who support Medicaid expansion have been removed from a Kansas House committee that oversees health care issues,” Bryan Lowery reported for the Kansas City Star on Tuesday.

Merrick also removed moderates from key committees dealing with the budget and education.

And so the great conservative experiment marches forward, undeterred and unencumbered by the extremely unhealthy state of the Kansas economy or education system. This is a time when the Star is also publishing articles like “Group estimates Kansas budget shift will cut money to early childhood programs by 6.5 percent.”

This is a time when the Kansas Health Institute is reporting that $25 million in Medicaid funds from the federal government, that could have potentially gone toward medical waiting lists or Kansans with disabilities, will instead be used to fill in the deficit in the state budget.

In its Nov. 9 article “Federal budget deal yields Medicaid savings,” the institute points out that “while facing a tight budget in the last year, the state has used increased federal money from the Children’s Health Insurance Program and a prescription drug rebate program to fill gaps.”

This is the time of Gov. Sam Brownback’s incredible tax cuts, and it hasn’t been pretty.

In the Washington Post article, “Kansas reaps the whirlwind of its right-wing experiment,” its author claims that “Kansas’s leaders have already frittered away state reserves, shortchanged investments in education and infrastructure and played around with its pension fund, all in service of a simplistic anti-tax orthodoxy.”

“In the past four years, Brownback has remade the Kansas Republican Party in his likeness,” Suellentrop said in his article. “The party’s once-powerful moderate wing has withered after steep losses in consecutive primary elections, the main battleground where policy is determined in a one-party state.”

This right-wing power grab continues still in the hands of Brownback, Secretary of State Kris Kobach (of whom Kansas has uniquely given prosecutorial powers which he has in turn used to suppress voting rights) and Merrick, who is strongly diminishing the influence of Republican moderates.

In theory, it makes perfect sense that if you philosophically believe in smaller and smaller government, you must garner power over said government in order to reduce its reach. But in practice, this pursuit of power and influence, all the while taking away influence from everyone else (like your own party’s moderates) paints a much scarier picture than inefficient bureaucrats or higher taxes.

Is this what conservative Kansas voters wanted? Is this experiment living up to its supposed windfalls?

Even though I don’t agree with conservative economic, small government or trickle-down strategies, I might not argue so vehemently against them if their grand experiment seemingly gave me, a child of Kansas, any greater hope for my future and the future of my home.

I have big-city, liberal dreams of academia or journalism or environmental work. My younger sister has incredibly vivid dreams of owning a farm out in the beautiful Kansas fields.

I won’t stand by while this experiment fails us both. 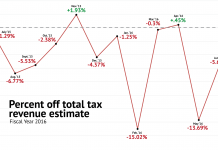 Brownback to cut funds for higher education, K-State to pay back...