To Mikhayla DeMott, junior in agricultural communications and journalism, Thanksgiving with her family is about making memories and bringing everyone together with good food.

“I always look forward to mom’s homemade stuffing and watching football with dad after we eat,’’ DeMott said.

Employees of the Flint Hills Breadbasket said they realize this is not an opportunity that is available to everyone on the holidays. Because of this, the Breadbasket is inviting families from around the community to enjoy a meal at Old Chicago on Thanksgiving Day at no cost.

This is the Breadbasket’s way of bringing people together, including the needy, those who would otherwise be alone and those who just want to join in on the occasion.

This is the fourth year Old Chicago and the Breadbasket have teamed up for the event. According to Maribeth Kieffer, executive director of the nonprofit, 600 people were served last year. The Breadbasket is responsible for a certain portion of the funding, and Old Chicago covers the rest; however, they do welcome donations at the door.

“I guess I never thought about those less fortunate on Thanksgiving,” DeMott said. “We hear about giving gifts for Christmas, but I guess this isn’t as publicized.”

K-State donates leftover food from the dining halls to the Breadbasket throughout the year. Recently, a K-State leadership class sponsored a food drive that brought in 11,183 pounds of food, according to Kieffer.

Maggie Adamson, Manhattan resident, said she was not aware of the event, but after hearing about it thought the idea might also be a reasonable way for students to spend the holiday when they cannot travel home due to distance. She also said the meal would be affordable on a college budget.

“Now that I know, I would consider taking part rather than spending the day by myself,” Adamson said.

The meal will be served on Thanksgiving Day from 11 a.m. to 2 p.m. at 2001 Clock Tower Place. More information is also available on the Breadbasket’s website.

The Breadbasket will host future holiday events as well, including food drives and times for the community to come together again. According to Kieffer, community support is what helps keep the Breadbasket operational throughout the year. 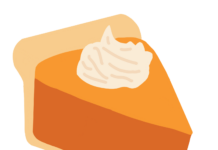 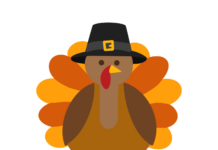 The Thanksgiving feast: Take the turkey off the table