I was walking down Vattier Street on my way home from class today, when I saw a man waving to his friend. As the two joined up in front of me, I noticed one man pointing to three women in front of him. The two started talking about the women, focusing on varying factors of their appearances.

Then, one of the men then turned to me and said, “Hi.” I elected to not respond; I was not going to engage in a conversation with someone who was degrading women publicly.

When I didn’t respond, however, he called me a bitch and then told me that my “attitude was the reason women got hurt.”

But I didn’t. I simply walked away.

My brain was reeling. Did that really just happen to me? Was I seriously just threatened because I’m a female? Because I didn’t reciprocate a man’s attention?

But then I realized, this person attacked me. He victimized me. And then after all that, he blamed me. He literally told me that it was my fault women got hurt because I didn’t say hi.

With every passing minute, the reality sinks in a little deeper. I was verbally harassed while walking home on an average Wednesday afternoon in Manhattan, Kansas, and because I feared for my safety, I did nothing. Who knows what would have happened if I had reacted; if someone has the audacity to say that to another human being, what else are they capable of?

This is exactly why we need feminism. It draws attention to the fact that even in 2015, women are still not treated equally, whether it be in the workplace (where women earn 79 cents for every dollar earned by men) or on the street. We are not afforded the power and safety that men are.

Today reminded me that street harassment does happen, even in Manhattan, and it is not OK. We need to come together, both women and men, and fight back against this status quo now rather than later. For humanity’s sake, our society needs to change.

And it starts with us. 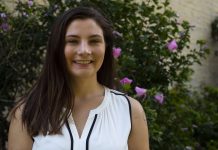 Letter from the editor: Collegian acts as watchdog, mirror and forum for K-State community 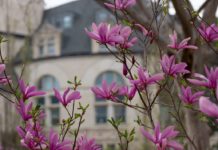 Letter from the editor: Saying hello, but also farewell 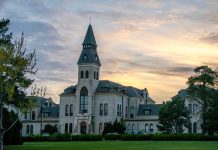 Letter from the editor: An update on Collegian coverage going forward, a promise

Letter from the editor: Saying hello, but also farewell