I would like to express an anthropological perspective on culture and religion’s impact on each other, and I want to raise questions about how their relationship affects our religious experience and what that means for our religious responsibilities.

Michel Foucault was a French philosopher, or more specifically a historian of systems of thought. His big idea, which anthropologists swoon over, was to see our social constructions and question everything about them — especially what cultural or historic biases might be behind them — and thereby make them more fragile. By making the constructions that we live in more fragile, we can see their strengths and weaknesses and hopefully improve upon them.

Foucault was a gay man, and he worked to make our understanding, our construct, of human sexuality fragile and thereby reformed understanding of homosexuality.

In this same way, anthropologists largely study religion as a social construct. There is, of course, a dichotomy here between it being totally constructed by man or influenced by a divine muse or human spirituality. Examples of hunter-gatherer religious tendencies lean toward a oneness with nature. This can be seen in systems like the understanding of witchcraft in Papua New Guinea. American anthropologist Marvin Harris had a remarkable idea about cows in India and how their sacredness stems from India’s own cultural ecology.

I was drawn to this idea that all religions are a social construct, and it has had a huge impact on my personal philosophy. For example, Christianity, the religion I was brought up with, has served different purposes at various times: primarily as a God of the Gaps, to easily fill in the science of the universe that we do not yet know; as an authoritative law-enforcer; and far too often as an instrument of hate.

For a quick and easy example, in 1992, 36 percent of Americans believed that AIDS was God’s punishment for immoral sexual behavior, and in 2014, 14 percent still believed that, according to a 2014 survey released by the Public Religion Research Institute.

I bring all this up to impart the tangled and interdependent relationship of culture and religion. It can be seen everywhere you look.

So what does culture and religion’s relationship actually mean to anyone?

It personally makes me think of many questions. Would I still find my way to the religious beliefs I hold now if I had been born into another culture? And what does that mean for them now? What does that say about the role of choice in my faith or lack thereof? Is it just luck of the draw? Are my beliefs largely just dependent on place of birth, ethnicity, gender or other factors completely out of my control?

If we fully realize and appreciate the delicate but hugely impactful ways culture and religion play into one another, it leads me to another thought: the same way we can personally impact our cultures in our societal ecosystem, we can also personally impact religion.

I mean to say that you yourself can help move your own religion where you would like it to go. This is something we should all consider when talking about Islamic Jihadism, or Christian intolerance and violence, or what have you. Don’t be a passive actor in a larger construct, take responsibility for what you believe and act on it for God’s sake.

Rob Nixon, currently a professor at the University of Wisconsin-Madison, revealed the mechanism for individuals affecting larger structures in his 2011 book, “Slow Violence and the Environmentalism of the Poor.”

He defines “slow violence” as a “violence that occurs gradually and out of sight, a violence of delayed destruction that is dispersed across time and space, and attritional violence that is typically not viewed as violence at all,” which is the exact medium of the global warming crisis.

In the same way that the slow violence of climate change is difficult to see because of its incremental and gradual accretion, the small incremental gestures we can make ourselves are also largely unseen and unappreciated, but they are incredibly powerful.

Therefore, let religious beliefs affect you, but also be sure to try to affect religion. Make religion work for you so that you can work for it. This is similar to the old standby: “be the change you want to see in the world.” Feel out where you want religion to go, and take it there. 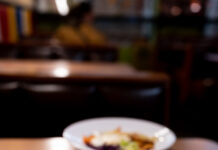