“I love Christmas and I had never been to the Mayor’s Parade before,” Jen Taylor, freshman in finance, said. “It sounded like something fun to do, so I got my friends together and we went.”

Forty-two entries departed from Manhattan Town Center beginning at 5:30 p.m. and concluded in Aggieville. During the tree lighting that followed the parade, hot chocolate and cookies were served and members of the Manhattan High School Choir sang Christmas songs.

“Once the parade starts it’s beautiful,” Maribeth Kieffer, executive director of the Flint Hills Breadbasket, said. “You are able to see the smiles on everyone’s faces. It’s just a night of celebration.”

The K-State Marching Band played in the parade. Some of the musicians draped themselves in lights and wore holiday-themed hats. Baton twirlers performed with glowing batons. Frank Tracz, director of band, said the band has performed in the parade for about 10 years.

The breadbasket uses the parade as part of their annual Food and Fund Drive, according to Gina Scroggs, executive director of Downtown Manhattan. Throughout the parade, both nonperishable food items and monetary donations were accepted. Members of the K-State Engineering Society pushed lighted shopping carts through the parade and collected the donations from the parade’s viewers.

Parade entries were judged by three selected members of the community and Mayor McCulloh. The other three judges were Rep. Tom Phillips and former Manhattan mayors Bruce Snead and Ed Klimek. The first Mayor’s Spirit of the Holidays Lighted Parade was held during Klimek’s term as mayor, according to McCulloh.

The judges awarded six Mayor’s Awards, which included a trophy and Little Apple Cash. According to the rules of registration for the parade, all entries were required to include lights.

The Commanding General’s Mounted Color Guard received the Mayor’s Trophy for Best of Show. The group was presented with $200 worth of Little Apple Dollars.

The following five prizewinners received $100 worth of Little Apple Dollars. The Best Use of Lights trophy went to McCownGordon Construction and Heineken Electric for their float, which consisted of a gingerbread house with a smoking chimney. Subs and Such received Spirit of the Breadbasket, an award given to the entry that best represented the idea of sharing food with those in need. The Best School Float was awarded to Highland Community College. Best Foot Entry was given to Bates Dance Studio for the best individual or group traveling the parade route on foot. Green Apple Bikes received the award of Best Bicycle Entry.

“Christmas is all about celebrating traditions,” McCulloh said during her speech at the tree lighting. “I think that the Mayor’s Parade is one of those great traditions.” 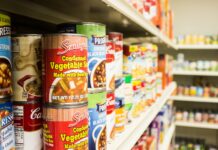 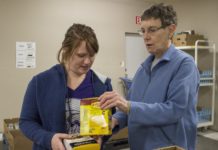 Channel 8: Helping those in need knows no season

Channel 8: Helping those in need knows no season