Home Culture Feature Proposing through the mind of a man

Proposing to the love of your life can be one of the most nerve-wracking moments of your entire life. Almost immediately after the proposal, your new fiancee will want to tell friends and family all the details, which can make planning the perfect proposal stressful.

When planning, attention to detail is vital in giving your soon-to-be fiancee the perfect moment that she has been dreaming about since she was little.

Picking out a ring isn’t always a man’s strongest suit. Many men go to a jeweler for advice in an effort to find out what 4diamond.com calls the “Four C’s” — carat, color, clarity and cut.

Every guy knows his fiancee will be showing the ring off to everyone she knows, so the pressure is high to pick out a ring both of you can be proud of.

A 2011 article by Erika W. of PriceScope, a premier diamond and jewelry online community, cited a survey of 11,000 people who were asked about the price of the ring they purchased. The average price tag was $5,200.

According to the Boston Globe article “Asking for her hand — after asking permission,” asking your fiancee’s father for his permission is now being seen as a reminder of inequality and as sexist by some. Some brides find it chauvinistic and condemn it, while others prefer it or demand it.

Most of the time, there is already a strong relationship between the soon-to-be fiancee’s family and her boyfriend, so asking for the family’s blessing may be an easy, thoughtful thing to do to show respect.

When it comes time to propose, men can be creative and have fun. Enlist the help of family members and friends to help set up or participate in the surprise.

The ideal proposal is one that fits in with your specific relationship. This is the moment that your significant other has been dreaming about; you want it to live up to those dreams, whether it’s romantic, adventurous or fun.

One controversial topic is about the proposal itself. Why does it have to be the man who proposes? Despite shifting gender roles in society, men and women are still remarkably traditional when it comes to marriage.

According to the LiveScience article “Is It OK For the Girl to Propose? No Way, Study Suggests,” researchers surveyed 277 undergraduates at the University of California Santa Cruz about their feelings regarding who should do the proposing. Two-thirds of the men and women surveyed said they “definitely” wanted the man to propose.

Eric Peters, senior in business at Wichita State, got married this summer and said he remembers his proposal vividly — especially the nervous and anxious feelings that accompanied it.

“I was almost not even able to ask if she would marry me,” Peters said. “I was so nervous. So much was going through my head.”

Despite all the stress and planning men go through to give the perfect proposal, it is all worth it in the end when they are able to slide that perfect ring onto their new fiancee’s finger and hear them say, “yes.” It is one of the most phenomenal feelings a man can have. 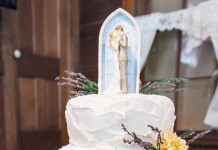 What takes the cake at a wedding? 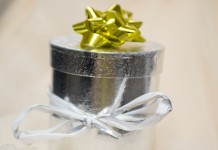 Do’s and don’ts of wedding registry

Married students reflect back on their weddings

Storybook weddings: A thing of the past?