If you are a lifelong fan of country music, you may have noticed the lack of female artists in recent years, especially on the radio.

Over the last 10 years, only 10.7 percent of Billboard No. 1 country songs have been by female artists.

According to Billboard.com, the percentage of women on the year-end Billboard country chart peaked in the late 1990s and early 2000s, with 40 percent of the albums on the year-end chart belonging to women in 2000, 2001 and 2002.

Since then, there has been a steady decline of women reaping success on the charts. This past spring, Kelsea Ballerini’s “Love Me Like You Mean It” was the first time a solo female artist has landed a No. 1 hit on the Billboard Country Airplay chart since Carrie Underwood made the chart in 2012.

This forces us to ask the question: Where are the women in country music?

What happened to the days of my childhood when Faith Hill, Martina McBride, the Dixie Chicks, Sara Evans, LeAnn Rimes, Shania Twain and Reba McEntire were consistently turning out hits? Now the only longtime powerhouse female artists are Miranda Lambert and Underwood.

There are several promising new female country artists. Kacey Musgraves won a Grammy for Best Country Album in 2013. No songs on that album, however, cracked the top 10 on country charts. Ashley Monroe and Brandy Clark had critically acclaimed albums that resulted in no chart success.

“If you want to make ratings in country radio, take females out,” Keith Hill, an influential music consultant, said in the May 26, 2015, issue of Country Aircheck. “Trust me, I play great female records and we’ve got some right now; they’re just not the lettuce in our salad. The lettuce is Luke Bryan and Blake Shelton, Keith Urban and artists like that. The tomatoes of our salad are the females.”

In response, McBride changed her profile picture on Twitter to an image of a T-shirt with the words “Tomato lover.”

“This is the biggest bunch of bullshit I have ever heard,” Lambert said in a Facebook post responding to Hill’s comments. “I am gonna do everything in my power to support and promote female singers/songwriters in country music. Always.”

Some say blatant sexism by the mostly male decision-makers in the industry has diminished the presence and power of female artists.

Some people blame the shrinking success of women in country music on the increased importance of fast-paced songs that play well in an arena, not the power-ballads that often sustain female artists.

Some say it is the rise of bro-country, a subgenre centered on male artists playing songs about drinking and girls in trucks, that has caused this decline in women achieving success in country music. Women cannot and should not fit into the bro-country mold.

Whatever it is, we need more women in country. The genre of country I know and love is based on relatable songs that tell stories. We need women telling the stories of women. We need women on the radio, women making decisions in the industry and women on tour. I want more of Musgraves’ “Merry Go ‘Round,” Lambert’s “The House That Built Me,” Loretta Lynn’s “The Pill” and Dolly Parton’s “Coat of Many Colors.”

We do not need another Luke Bryan or Jason Aldean song about beer and a farmer’s daughter in tight blue jeans. Women are not tailgate dancers. It is time country music reflected that. 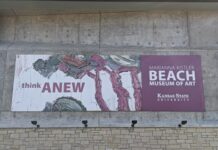