According to the White House’s website, whitehouse.gov, women are earning 78 percent of their male counterparts earnings. Despite the Equal Pay Act of 1963. Today, President Obama announced that he will be cracking down on companies that don’t provide equal pay to women.

Users have been quoting the President in to remind others of the important needs of future generations.

.@POTUS says we need to make sure our young girls know we are invested in their success. #equalpay pic.twitter.com/16qeXtsTub

Others reminded followers that women work just as hard and still make less.

There were some questions about the government’s involvement in mandating equal pay.

Why do people think it's government's job to mandate #EqualPay?

Some people just refuse to acknowledge that the wage gap exists. The value of women is called into questions on both sides of the debate.

Today is a day to remember that #equalpay is a false issue that's already been fake solved by dozens of current regulations.

Though most people believe it is a real problem that needs to be addressed.

If you think women need the govt. to force employers to pay us a certain amount, you see little value in us to begin with. #EqualPay

Mostly, people are pleased that the president has placed this executive action on companies to pay deserving employees the appropriate amounts. Though we may not hear about it everyday, the wage gap still exists. 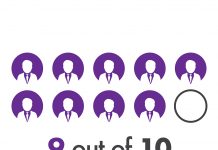 Study: 9 out of 10 highest-paid college majors are male dominated

Study: 9 out of 10 highest-paid college majors are male dominated