I’ve never been one for reality TV, but this past year the Republican debates have really been a place of entertainment.

Not because of the usual conservative rhetoric, but because of the exasperated one-liners from Donald Trump and the idiotic bickering akin to that of the “The Real Housewives.”

Whilst watching these debates, I was starting to realize other people were paying attention to politics, too. And not only politics, but the pre-politics type stuff, like caucuses and primaries.

It baffled and confused me. Why do people care all of a sudden? How has it become possible for me to mention potential presidential candidates to my peers and they actually know what’s going on?

The millennials are known to be uninvolved in our political system, but that’s also why I think this election is so important. Although our current potential presidential nominees may be throwing out some whimsical solutions, like building a giant wall, they are starting to attract our generation with each debate and primary results.

Bernie Sanders has been one of the main presidential candidates who not only focused his campaign on attracting the older generations, but has also focused his efforts toward the millennials.

A majority of his social media following is built up of culturally-adept 20-somethings, and not to mention he took the New Hampshire primary.

Although Sanders is not my top pick for president, I do respect what he is doing and a lot of what he’s saying, but most importantly, I appreciate that he’s involving all of our electorate.

I feel like politicians sometimes forget that people under the age of 30 exist, although voter polls don’t always make it seem like they do. Sanders’ appeal to the misunderstood and angsty post-teen adult has had a strength that no other politician has seemed to achieve.

NPR recently reported that youth voter turnout in the Iowa caucus was “the second highest it’s been in the past 20 years at 11.2 percent.”

So two things: One, it’s awesome that we have the second highest turnout in 20 years but … two, how are we at only 11.2 percent?

Since the voter eligibility of the 18-29 age group was an average of 21 percent in 2012, according to the Center for Information and Research on Civic Learning and Engagement, it’s pretty sad that 11 percent is a pretty outlandish number in terms of voter turnout.

While it may be purely coincidental that people in my generation are starting to pay attention to politics when the debates are starting to seem like reality TV, I still think it is pretty cool that the younger generations are getting involved in our political system.

“People think millennials are selfish and disengaged, but I don’t think that’s true,” Heather Bowers, a local Sanders campaign volunteer and graduate student in modern languages, said. “This is a generation that cares deeply about social justice and has more empathy than people think.”

Although it’s still early in the primaries, I hope this election can keep the attention of the millennials and give them a bigger say in who becomes the next U.S. president. And just remember guys: Mike Huckabee won the Iowa caucus for the Republican Party in 2008, so we could still have some curveballs ahead of us. 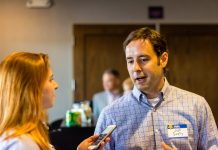 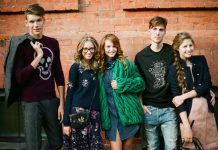