Every two minutes someone is sexually assaulted in the U.S., according to the Rape Crisis Center article “Get the facts.”

Think about that for a second: Every two minutes a person is forever affected by a situation he or she did not ask for, did not prepare for and did not think would ever happen.

In today’s society, lessons are drilled into the blissfully ignorant minds of middle schoolers about healthy relationships, the importance of putting yourself first and asking for help when it is needed.

So why, after years of guest speakers preaching this advice, is it more socially acceptable to bury your feelings within the depths of your being rather than actually asking for help?

Every year, the U.S. Department of Justice documents more than 13,000 cases of men having been raped, according to the “Title IX and Sexual Misconduct Prevention” page on K-State’s Office of Institutional Equity’s website.

“This myth, instilled through masculine gender socialization and sometimes referred to as the ‘macho image,’ declares that males, even young boys, are not supposed to be victims or even vulnerable,” according to the MaleSurvivor article “Male sexual victimization myths and facts.”

With expectations like these, it is amazing to me that any cases of men being sexually assaulted have been reported.

“A man, just like a woman, can have his right to his body taken away from him and it happens more often than people might realize,” Christopher Anderson, executive director of MaleSurvivor, said.

Although these numbers show a large difference, there are two things that need to be recognized.

“Men don’t talk about (the assault) for longer periods of time, however, we are starting to see this number come down,” Anderson said, later crediting better education for both children and law enforcement for this decrease.

“Men can be sexually assaulted no matter their race, class, age, religion, sexual orientation, appearance or strength,” according to the Office of Institutional Equity’s website, and it is time society starts recognizing that.

People who have experienced sexual assault were not selected by their appearance; rather the accused assaulter looks for vulnerability and accessibility, according to the “Sexual Assault-Myths and Facts” page on Roger Williams University’s Health and Counseling website.

Vulnerability and accessibility, two words that used to have very little meaning to me, now hold much more weight than before.

“It is common for both men and women to freeze during a sexual assault, and in some cases drugs, alcohol or the presence of a weapon or the threat of other force or injury can prevent someone from fighting their assailant,” according to the Office of Institutional Equity’s website.

Vulnerability and accessibility are two states of being forced upon someone during a sexual assault.

Sexual assault is about exerting power and control over someone else, and once the accused assaulter is in that mindset, it is nearly impossible to fight against them, according to the Office of Institutional Equity’s website.

“We want victims to know that they are not to blame and the only person who is responsible for sexual assault is the perpetrator, man or female,” Anderson said.

In efforts to end sexual assault, it is critical that we, as a society, remain educated and encourage survivors of sexual assault to reach out for support. If we don’t do this, then the accused assaulters will continue to think they can get away with violating a person.

Myth: No one will believe you if you report sexual assault

“Ten to 15 years ago, people wouldn’t come report their assault because they wouldn’t be believed,” Gill said.

So long as society believes the myths, and then passes those beliefs on to generations to come, sexual violence will continue to be an issue.

Due to society’s refusal or reluctance to accept their victimization, men are more likely to “tough it out in silence,” than report when they have been sexually assaulted, according to the MaleSurvivor article.

In addition, “Sexual assault is one of the most underreported crimes, with an average of 39 percent being reported to the police each year,” according to the Rape Crisis Center article.

Am I the only one who sees a problem here?

The longer society holds on to the myths surrounding sexual assault, the harder we are making it for survivors to feel comfortable enough to do what those guest speakers at assemblies used to encourage: Ask for help.

“Every person, I believe, has a basic human right to safety over their own body and their own self,” Anderson said. 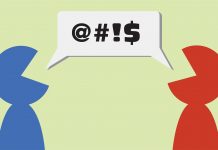