Although it might not be the last time the three seniors on the K-State men’s basketball team play inside Bramlage Coliseum, Justin Edwards, Stephen Hurt and Brian Rohleder will be recognized Wednesday night as the Wildcats host TCU for Senior Night.

The Wildcats are coming off a 61-80 loss to Iowa State inside Hilton Coliseum in Ames, Iowa.

In Saturday’s game, junior forward D. J. Johnson finished with 22 points, which is a career high for him. He appears to be playing his best ball of the season as we approach March.

“We lived off of D. J. tonight,” head coach Bruce Weber said after the Iowa State loss. “We needed someone else to step up and make some plays. He’s playing with his heart and playing really good basketball right now. He’s been special lately.”

TCU and K-State played not even two weeks ago on Feb. 16, when the Wildcats defeated the Horned Frogs 63-49 in Fort Worth, Texas. The game snapped a 13-month K-State Big 12 road losing streak.

In that game, Edwards led all scorers with 17 points, while freshman guard Barry Brown had 16 points and freshman forward Dean Wade provided 14.

The top scorers for TCU this season are sophomore guards Chauncey Collins and Malique Trent, who are both averaging almost 12 points per game on a team that averages a Big 12 low of 67 points per game.

The Horned Frogs have not won a game since Feb. 8, when they beat Oklahoma State 63-56 at home.

“TCU is a huge game for us and we’ve got to get it,” Weber said. “We played well down there and we are honoring our seniors, so I hope we have a great crowd.”

It looks as if the Wildcats might be hosting a game in the National Invitation Tournament if they don’t make the NCAA Tournament, so the three seniors may get at least one more game in the Octagon of Doom.

Tipoff between the Wildcats and Horned Frogs is set for 7 p.m. today in Manhattan before both teams finish up regular season play on Saturday. 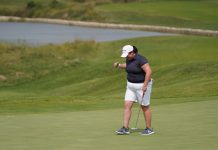 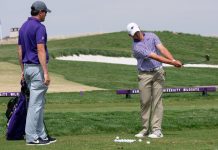