When a student is selected to be the National Hereford Queen, she must plan to visit Hereford cattle shows around the country for the year she serves as queen.

In addition to her duties as queen, Taylor Matheny, freshman in agricultural communications and animal sciences and industry, manages to be a full-time student at K-State. Matheny said it is like having two jobs at once.

Being a Hereford Queen has many duties that come along with it, Matheny said. The Queen attends cattle shows nearly every month, and since most of them are outside Kansas, Matheny is often absent from class.

“I work ahead with my professors and I like to go to them a week before and stay caught up on the work and hopefully get it in before I leave,” Matheny said. “Staying organized and keeping my planner up-to-date has helped me manage both activities.”

Matheny said she has dreamed of becoming the Hereford Queen since she was a little girl. The queen serves as an ambassador for the breed, Matheny said, which requires a lot of work and an understanding of the breed.

Matheny said her mother served as the National Polled Hereford Queen in 1988.

“My mom and I are the first mother-daughter National Hereford Queen, so it’s something that’s run in my family growing up,” Matheny said.

Matheny said knowing that her mother had been the Hereford Queen inspired her to take on the role of queen herself.

“My mom has been my role model growing up and has a positive outlook and the characteristics of a person that I want to be, and has helped me learn about the Hereford breed from my family,” Matheny said.

Matheny said she was able to see what the queen’s duties were and how the queen represents the Hereford breed from attending the cattle shows when she was growing up.

When Matheny attends each show, she is required to be in official dress. As queen, she wears an all-white long skirt, shirt, suit jacket, boots, gloves, sash and a big shiny crown. She said her distinct outfit can attract a lot of attention and questions.

“It’s always been inspiring getting to take on this role and be in the white outfit and to lead other girls,” Matheny said. “It’s an exciting position and an exciting time to be in the Hereford breed.”

Matheny said her experience as queen has allowed her to network with older and younger breeders alike.

“It’s a great way to tell them my agriculture story, and also the amount of little girls and sometimes little boys that want to come up and meet you and get to know you, it’s exciting to see that someone cares so much about you,” Matheny said.

She is also using her networking skills with established breeders and the public to communicate who she is.

“It’s impacted my life by meeting so many new people having this experience,” Matheny said.

Matheny’s older brother Austin Matheny, sophomore in animal sciences and industry, said because he also attends K-State, it allows them to spend more time together.

“She has grown in maturity, and she has been able to balance school and her travels,” Austin said. “She has also developed into a young lady that most young girls in the Hereford breed look up to now and see as like an idol, you can say, and has become a role model for them.”

Austin said since Taylor is Hereford Queen, it means a lot of traveling with family on long truck rides, which brings them closer together.

Along with her duties as Hereford Queen, Taylor also is responsible for her own cattle at shows. Taylor and her family work together as a team: Her mom helps her get ready to be queen for the day while Austin and his dad stay back at the stalls to work on the cattle, Austin said.

“My dad has taught me everything I know,” Austin said. “We work well together and manage to get by just fine.”

Taylor said her middle school teacher, Shannon Roberts, from her hometown of May’s Lick, Kentucky, also had an impact on her involvement with the Hereford breed and other organizations.

Roberts said Taylor has developed her leadership skills over the years through multiple organizations, including the National FFA Organization, 4-H and Family Career and Community Leaders of America.

Roberts said she watched Taylor grow since the sixth grade, and she has helped her accomplish many goals along the way.

“I was her teacher since sixth grade, and when I first met her I knew she was different than most kids just because she was never bossy and she was totally a leader,” Roberts said. “She knows what she wants and goes for it.”

Roberts said her daughter, Ainsley Roberts, looks up to Taylor as a role model, and when Taylor goes home, Ainsley is always eager to check cattle with her. Taylor also got Ainsley involved in 4-H, Roberts said.

Roberts said Taylor’s family has raised her to know the difference between wrong and right.

“She didn’t need to fall into the pressures of typical teenagers and what they do,” Roberts said. “She just had her mindset that she was doing successful things in life, and she did it.” 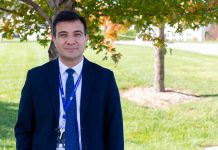 Alfonso Clavijo: From the middle class of Colombia to new director of NBAF 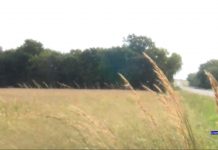 MHK All Day: How the trade war with China challenges Kansas farmers